The marvelous 20th Century Hopi potter, Garnet Pavatea (Flower Girl) (1915-1981) was, in our view, one of the most talented Hopi potters since the great Matriarch Nampeyo of Hano (1858-1942). Pavatea’s potting is impeccable, her painting precise, her polish is out of this world good. She perfected a tight, crisp, richly-colored style all her own, drawing many design elements from ancient Hopi Sikyatki-style pottery (1375-1625 A.D.) as the Nampeyo family did before her. She clashed famously and often with various Nampeyos over the years, especially Fannie and Priscilla, who accused her of stealing "their" family designs. Garnet would always sensibly reply that she believed that the ancient Hopi pottery belonged to all the Hopis, not just to the Nampeyo family who happened to use them earlier.

Garnet was a very strong willed person with very strong opinions on just about everything and she was not hesitant in the least to share them. One of Garnet's most beautiful and characteristic pottery techniques was the use of a two-color slip on the same vessel, using one color on the inside of the piece and the other color on the outside. This bowl displays this technique beautifully, having a creamy yellow slip inside and a deep, rich red-orange slip on the exterior. The bowl has a very spare, stylized Sikyatki-style bird design perfectly painted against the yellow interior while the red exterior has been left unpainted except for her signature on the bottom. The painted bird design is dynamic with a great deal of motion. 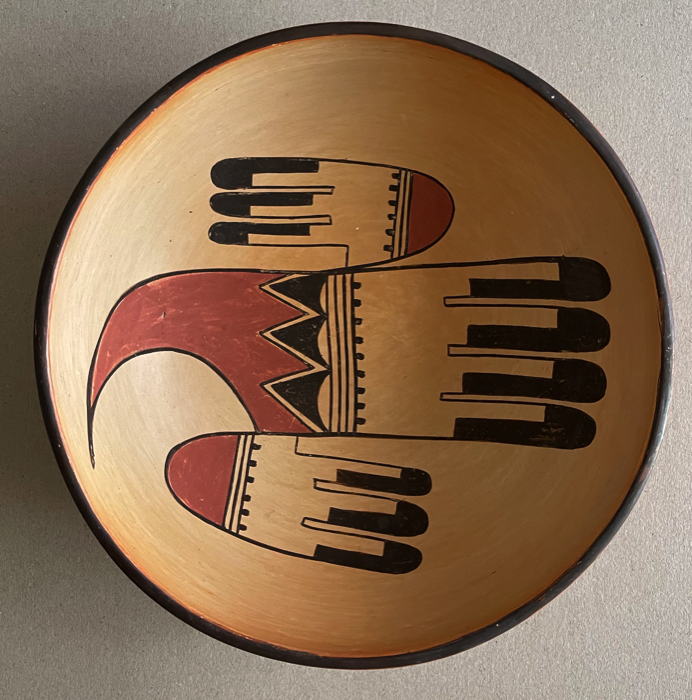 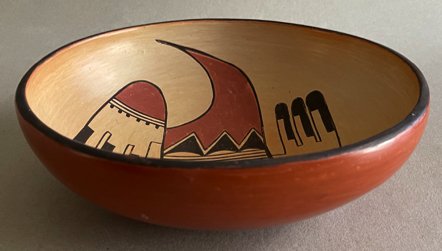 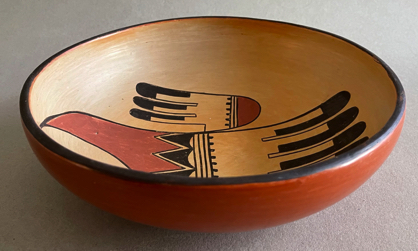 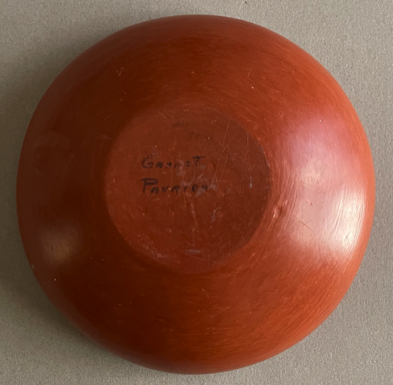 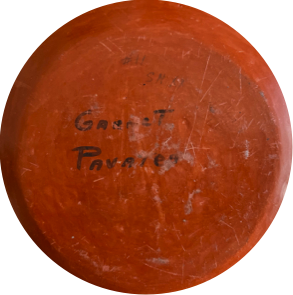 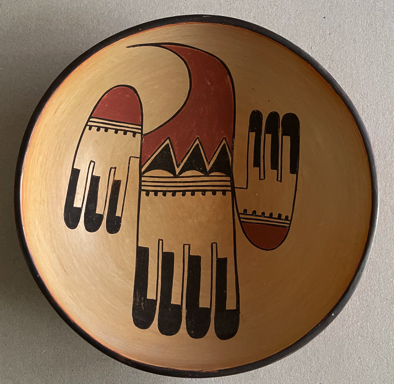 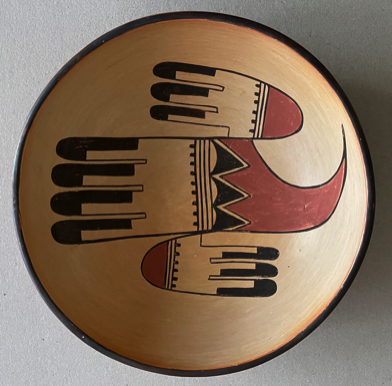 The bowl’s rim is black as Garnet's rims often were. The stone polishing on this bowl, both inside and outside, is nothing short of phenomenal and because of it the bowl literally “glows” with luminosity. The bowl measures a very good-sized

10” in diameter and is 3 1/2” in height and it is in outstanding original condition. There is an interesting tiny indented mark visible in the bowl precisely where the bird's eye should be. We believe this is an intentional and deliberate artistic accent applied by Garnet Pavatea and does not constitute damage in any way. After all, Garnet was well practiced at putting indentations on her pottery pieces. She was quite well known for her "indented" style of plainware pottery in which the only decoration on the pot were panels or rows of indentations made with a tool. The bowl is properly signed "Garnet Pavatea" on the bottom in Garnet’s customary signature. In the historic Hopi pottery pantheon this powerful bowl and its brilliant maker stand solidly at the top level among the greats.

and © Museum of Northern Arizona