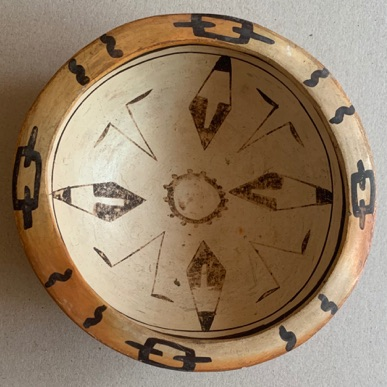 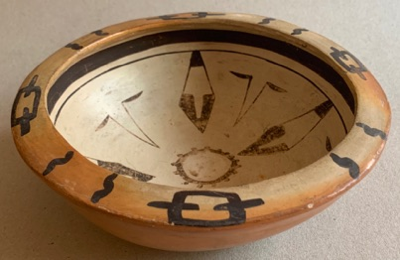 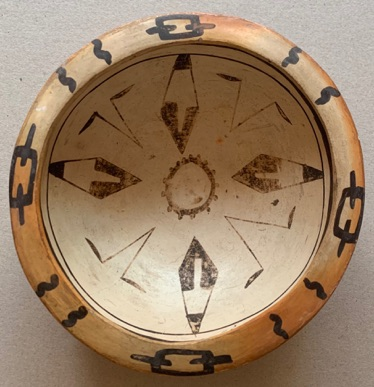 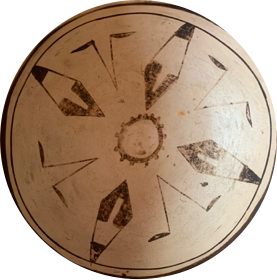 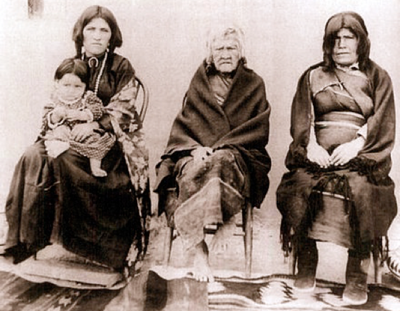 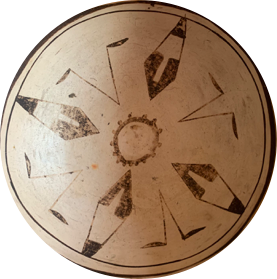 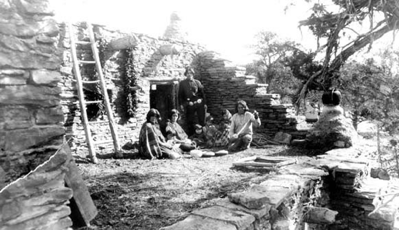 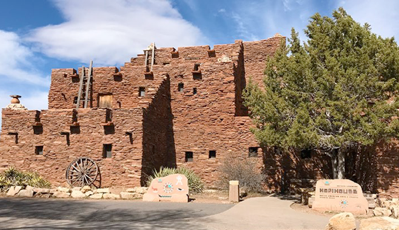 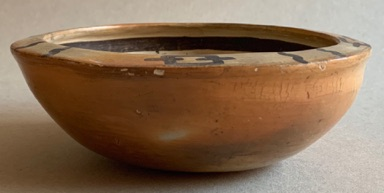 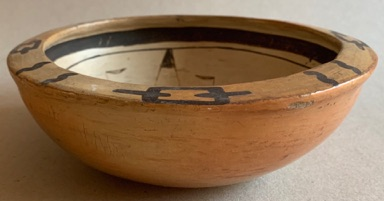 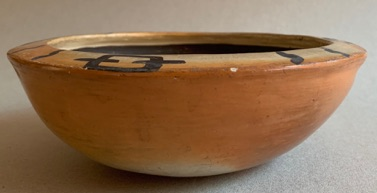 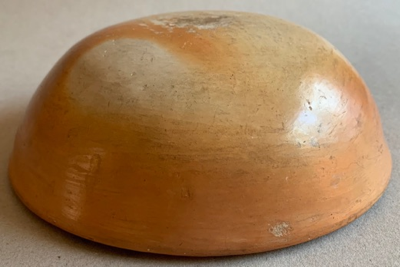 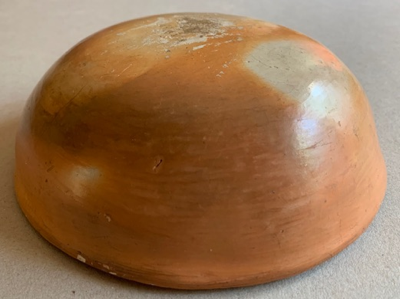 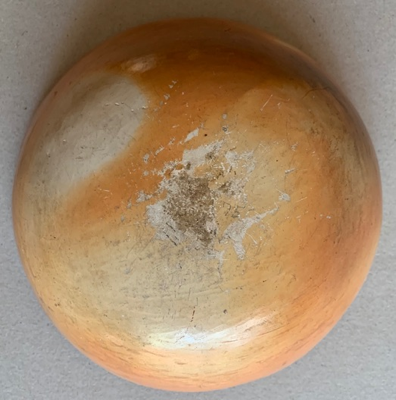 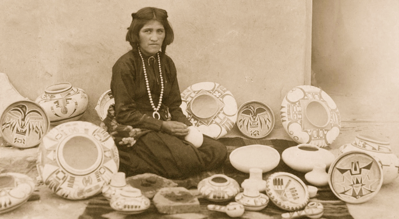 Including a scholarly attribution by Dr. Edwin L. Wade

One of the finest Hopi potters in recorded history was Annie Nampeyo (1884-1968), the eldest daughter of the renowned Hopi pottery Matriarch, Nampeyo of Hano (1858-1942). In the time-honored tradition of Pueblo pottery makers, Annie learned to make pottery beginning as a toddler by her Mother’s side.

And she learned very well and quickly indeed. Annie began coming into her own as a potter at a very young age, in her early teenage years. At first, she helped Nampeyo form and paint vessels, but very soon began making her own individual pottery pieces as well. Completely grounded and versed as she was in the family tradition her talented Grandmother, White Corn and Mother Nampeyo began, Annie’s pottery is usually quite beautiful, often extremely similar to Nampeyo’s in shapes and forms and general design motifs and arrangements, but, on her own personal vessels, Annie’s painting and designs are generally somewhat looser and less complex and somewhat freer in form and line than her Mother’s generally tighter more intricately painted designs though Annie’s technical skills in terms of the vessel’s formation, shaping, stone polishing and firing were equally formidable.

“The distinctive motifs, painted composition, and unusual shape of this vessel suggest the hand of Annie, Nampeyo’s daughter, as the potter. This is also substantiated by the age of the bowl, c. 1905 to 1907, years during which she and her mother were potting at the Fred Harvey Hopi House at Grand Canyon.

Although both potters favored the motifs of a square bisected with two horizontal lines and the winged “V” form with horizontal caps, it is the free-floating design units in the composition that distinguish Annie.”

At left, a modern day view of Hopi House. At right, Nampeyo and her family at Hopi House c. 1907. In the photo are Nampeyo, her husband Lesou,

The vessel is beautifully formed in a distinctive shape and profile that is an intentionally stylized throwback to the ancient Hopi Sikyatki Period (1375-1625 A.D.) polychrome pottery bowl/jars in which the bowl’s upper rim is partially folded in horizontally over the interior body of the bowl and decorated with additional painted designs essentially forming a “frame” of sorts around the inner design, the double-stacked painted designs giving the impression of a much greater “depth” than a simple open bowl would have and projecting a beautifully-layered three-dimensional sculptural effect.

The design Annie painted on this bowl is very finely rendered in basic black-on-yellow, also a deliberate throwback to the Ancient Hopi pottery past. The outer design scheme here is a symmetrical composition of what appear to be a set of four stylized, abstracted Hopi kachina masks spaced evenly apart and placed 180 degrees opposite each other at the four cardinal points. Interspersed equally between these is a set of four pairs of squiggly painted vertical lines possibly representing stylized tadpoles. The four-part symmetry continues in the vessel’s interior design with a circular arrangement of four stylized feather designs interspersed with four opposed stylized so-called“clown” or “Kilroy” face designs, a Nampeyo family design signature. All these designs revolve around a central circular motif which resembles a stylized sun giving the bowl/jar a wonderful sense of motion and energy.

The vessel is also very finely-polished and extremely well-fired with high-temperature burning Lignite coal, all strong indications of Annie’s already highly-accomplished pottery-making abilities at the young age of 20 or so. Coal-firing is an extremely difficult and painstaking process of which Nampeyo was a master and taught Annie well. The bottom of the bowl exhibits the beautiful, luscious, whitish, creamy yellow firing blushes indicative of and unique to the coal-firing process, made all the more beautiful here by Annie’s exquisitely executed stone polishing. The bottom of the bowl is like a beautiful abstract Modernist color-field painting; a Franz Kline or Mark Rothko of Hopi pottery, if you will. Naturally, the bowl/jar is unsigned befitting its early time frame. Annie did not sign her pottery pieces in the early decades before the 1930’s when Hopi and other Pueblo potters first began signing their work at the urging of various Anglo ethnologists and museum curators.

The bowl/jar measures 7 3/8” in diameter and is just over 2 1/2” in height. It is in excellent original condition and particularly so for its over 110 years of age. There is one very slight slip crack extending about 3” down from the rim and several very small insignificant chips around the rim and some minor abrasion wear on the bottom of the bowl. A thorough examination under Ultraviolet light reveals no evidence of restoration or overpainting.

The bowl/jar has been authenticated as being Annie Nampeyo’s work and dated to 1905-1907 by the distinguished Historic Hopi pottery scholar, author and longtime former museum curator, Edwin L. Wade, Ph.D. The signed original copy of Dr. Wade’s brief letter of attribution which is reproduced above in its entirety, on his personal letterhead will accompany the purchase of this bowl.