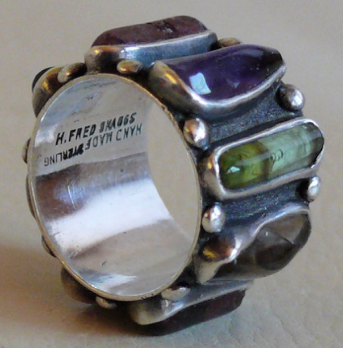 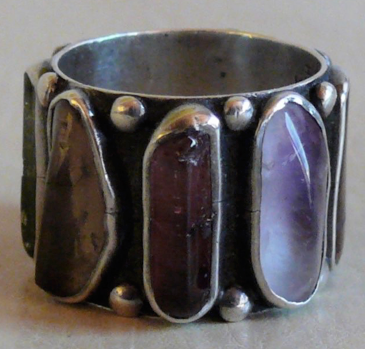 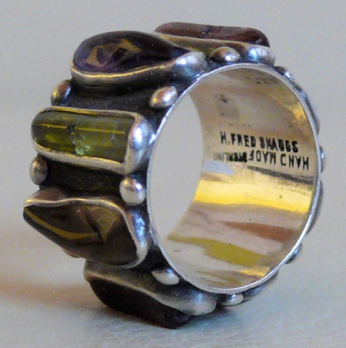 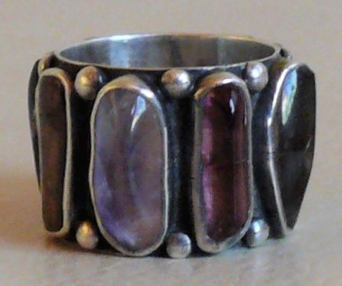 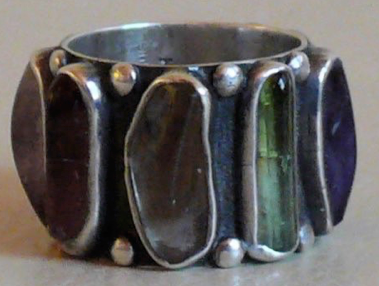 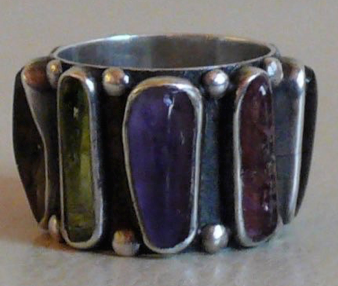 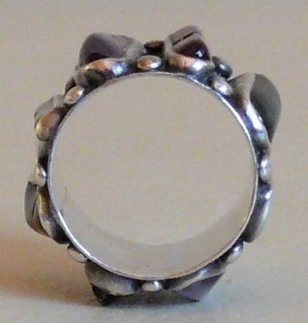 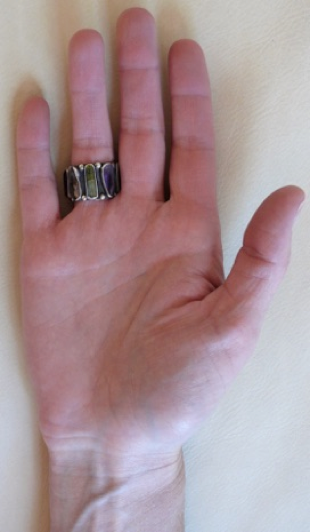 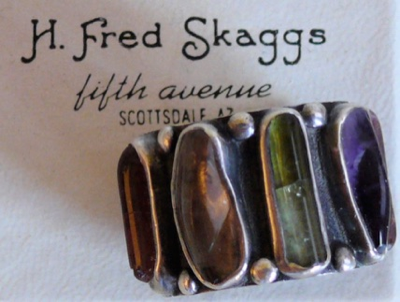 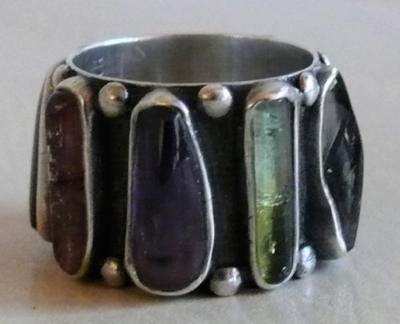 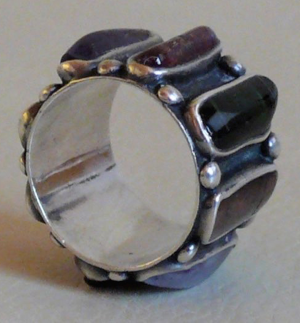 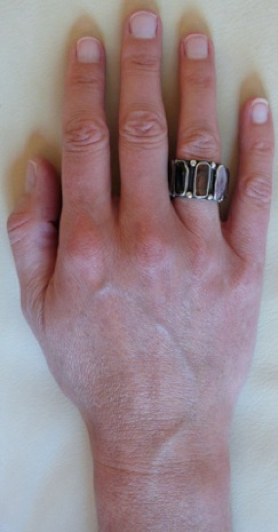 One of the greatest American Modernist jewelers of the 20th Century, H. Fred Skaggs (d. 1982) was a modest man of mild demeanor who never sought fame or renown, preferring to quietly make his revolutionary jewelry in his succession of two small  shops in downtown Scottsdale, Arizona for some 30 years. Skaggs’ jewelry is revolutionary in a number of significant ways; his unusual, swooping, streamlined designs are daring and innovative, his skillful manipulation and imaginative use of metals, choice of unusual, interesting stones and unique ways of shaping, setting or presenting them.

Fred Skaggs had a profound influence on the career trajectory of the young Hopi Indian artist, Charles Loloma beginning in the late 1950's when they were both living and working side by side in the Kiva Crafts Complex created by Lloyd Kiva New. Charles and his wife Otellie were making and selling their "Lolomaware" pottery at the time and Skaggs offered to trade Loloma jewelry-making lessons in exchange for pottery. Loloma, who had already done some initial experimentation with jewelry-making was intrigued and and the rest is history. For the rest of his life, Loloma credited Skaggs with being his real inspiration and mentor in jewelry-making. Looking at Skaggs' unique and inventive designs, asymmetric shapes and unusual use of stones it's easy to see the genesis of many of Loloma's jewelry ideas and techniques.

This striking silver band ring is a perfect case in point; its interesting arrangement of a continuous row of hand-carved asymmetrically-shaped, multi-colored, semi-precious stones stood on end and set next to each other in freeform silver bezels all the way around the circumference of the ring presages some of Loloma’s later designs and use of stones. The ring is set with 8 different types and colors of semi-precious stones; amethyst, tourmaline, peridot, citrine and quartz.

Interspersed between each stone are a pair of small round applied-silver “raindrops”. The ring measures a size 7 1/2 on a professional graduated ring sizer and the ring’s shank is 5/8” in width all the way around. The ring weighs a very comfortable 10 grams or 3/8 ounce. The ring is in generally excellent original condition; several of the stones have cracks, but they are quite secure in their bezels. The ring is properly signed “H. Fred Skaggs” and marked “Handmade Sterling” on the interior. This ring is a beautiful, extremely easy-to-wear Modernist masterwork by one of the finest American Modern jewelry masters.