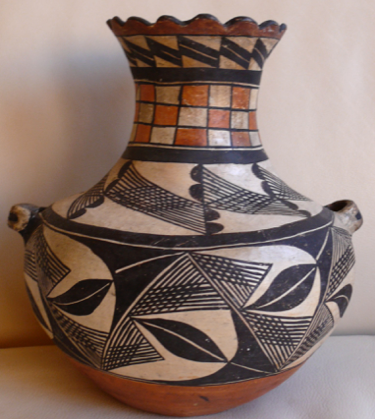 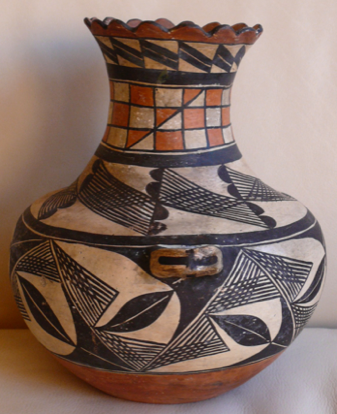 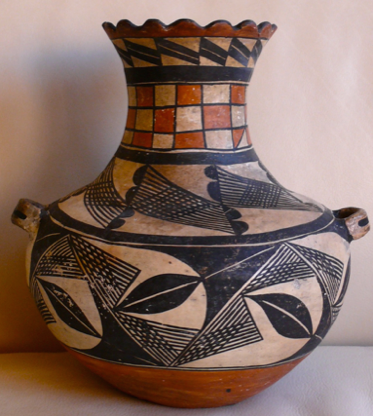 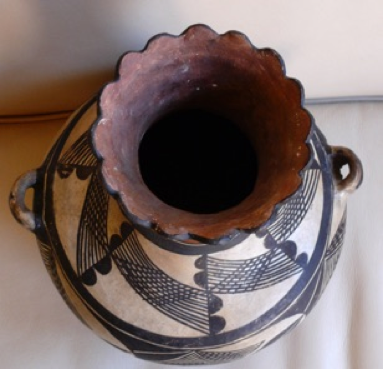 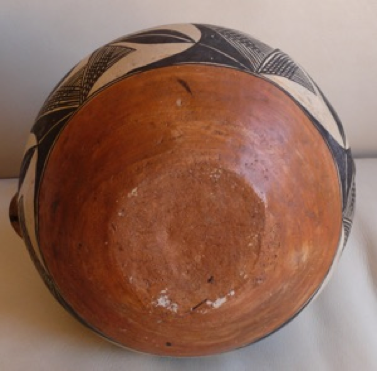 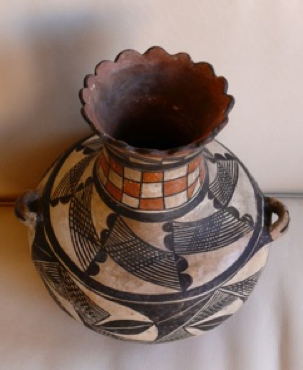 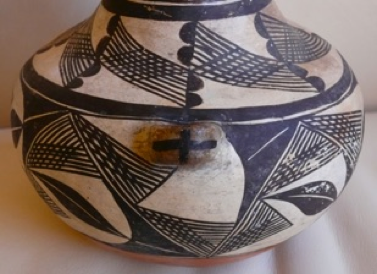 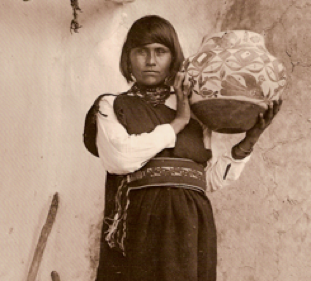 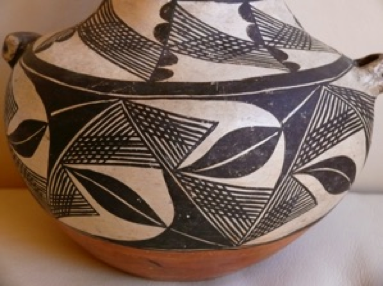 This is a very early example of a "railroad" jar, meaning Pueblo pottery jars sold to tourists on the Santa Fe Railway trains which passed regularly through the Acoma, Laguna and Isleta Pueblos on their way to and from Albuquerque. The potters would stand along the railroad sidings and sell their pots to the passengers on the trains. This is a large and early example of one of these jars, later ones were generally deliberately made smaller for increased portability.

In addition to its larger size, this piece is unusual for a number of reasons: One, it is a Pueblo adaptation of a generally Victorian vase shape, a shape which the potters quickly learned was highly desirable to Anglo tourists. Two, it is most beautifully and precisely painted with four separate and completely different design bands as one descends from the "piecrust" style rim. Three, it is a four-color polychrome jar as opposed to the usual three-color using black, white and orange. From the quality of the jar, the specific designs and the elaborate and extremely precise and accomplished painting style, we are very strongly attributing this piece to one of the greatest Acoma Pueblo potters of the Nineteenth and Twentieth centuries, Mary “Acoma Mary” Histia, an early photo of whom is included below.