Young Fannie literally grew up making pottery at her mother’s side alongside her older sisters, Annie Healing Nampeyo (1884-1968) and Nellie Nampeyo (1896-1978). Initially, she helped her mother and sisters paint jars. Fannie became an extraordinary painter and an invaluable artistic partner to her Mother as Nampeyo had recurring vision problems. In the late 1910’s and early 1920's, Fannie increasingly began making her own pottery eventually over the next seven decades perfecting a style which used distinctly Nampeyo family designs executed at a very high quality level with fine vessel formation, firing and polishing and decorated with excellent bold painting with strong, rich saturated colors.

This piece is a fine example of Fannie's most developed and finest work. The subject here is the famous Hopi “Migration” pattern which symbolizes the Hopi clans ancient wandering search for their proper place in the world.

"By traveling to the farthest extremities of the land during their four migrations, these chosen people finally came to settle on the vast arid plateau that stretches between the Colorado and Rio Grande Rivers.

Many other people today wonder why these people chose an area devoid of running water to irrigate their sparse crops. The Hopi people know that they were led here so that they would have to depend upon the scarce rainfall which they must evoke with their power and prayer, and so preserve always that knowledge and faith in their Creator who had brought them to this Fourth World after they had failed in three previous worlds.

This, they say, is their supreme title to this land, which no secular power can refute." 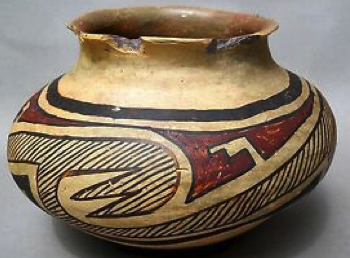 The migration pattern originated on ancient Hopi Sikyatki style pottery (1375-1625 A. D.) as seen in the example above. Beginning in the14th century, Sikyatki pottery was the literal gold standard of Pueblo pottery at the time and in many ways still is today. The name "Sikyatki" itself means "Yellow house” perhaps a reference to the magnificent yellow-colored pottery made there. Some 600 years later, late in the 19th century, inspired in part by archeological expeditions to the ancient Sikyatki village and the ancient pottery pieces being excavated there, Nampeyo and others began a Sikyatki pottery “Revival”, re-interpreting and re-invigorating the ancient forms and designs with new life.

The Migration pattern symbolized the ancient Hopi’s epic wandering journey around continents to find their proper place in the world to which after much passage of time they eventually came. The many repeating undulating ups and downs of the design depict the various wanderings of the Hopi clans here and there until they found their permanent place atop their high windswept lonely desert mesas in what is today known as Northern Arizona.

This globularly-shaped jar is most beautifully potted and painted and traditionally fired as Nampeyo herself frequently did using very high temperature burning Lignite coal. It measures 5 3/4" in diamter and is 4" in height.

The jar is in excellent original condition with no restoration or overpainting in evidence under UV light examination.

It is properly signed "FANNIE NAMPEYO" in capital letters on the bottom.

This is an excellent and beautiful historic piece with a marvelous story from a storied artist. 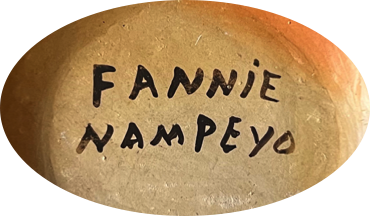 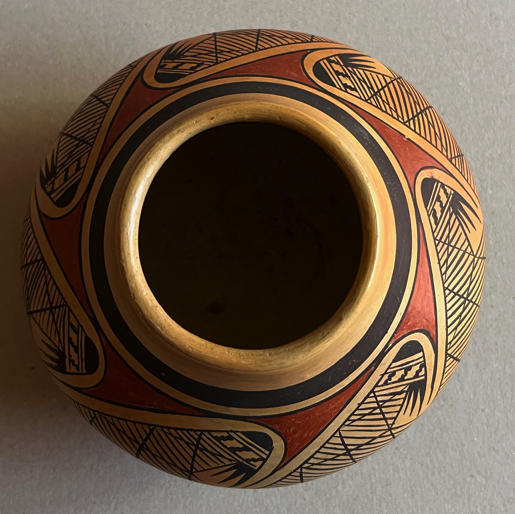 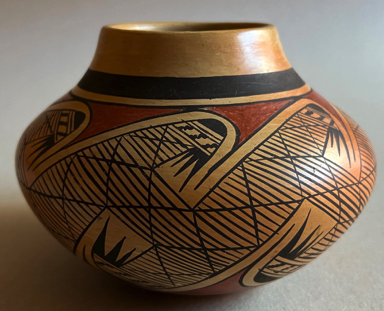 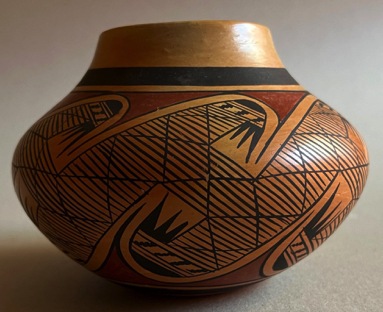 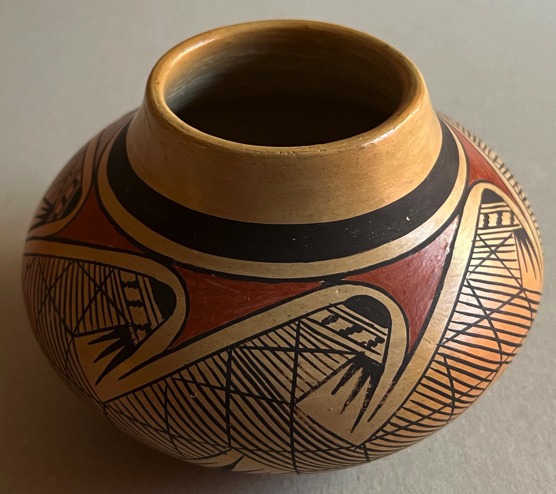 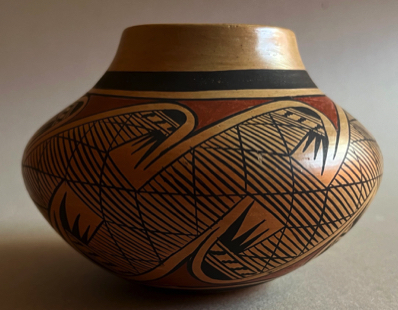 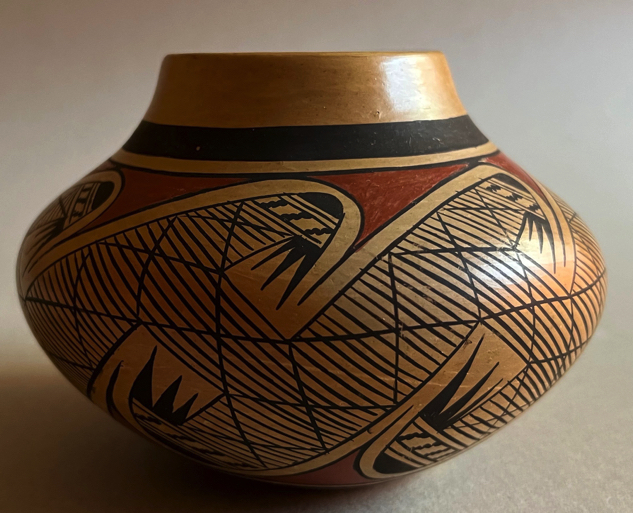 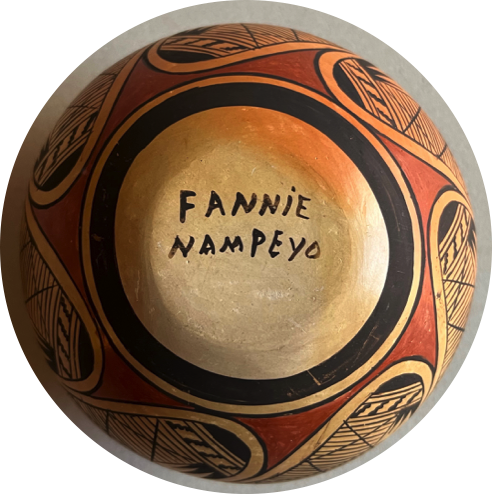