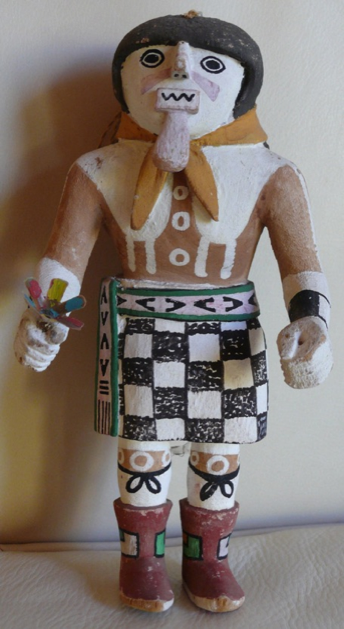 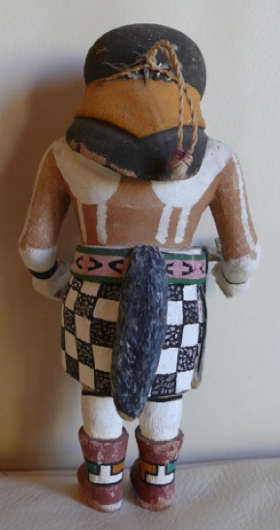 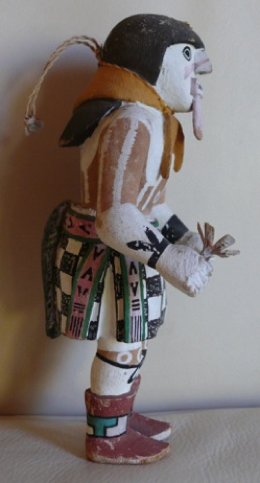 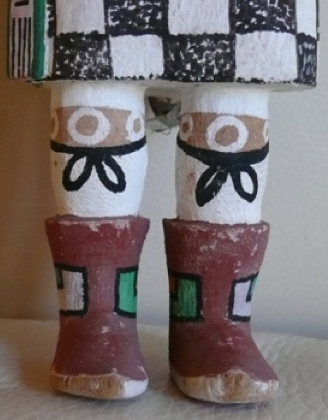 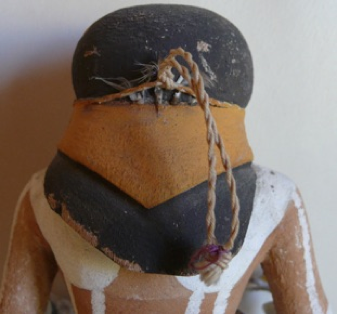 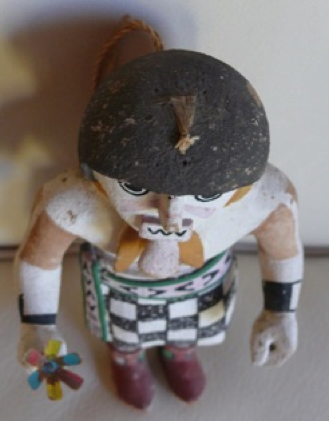 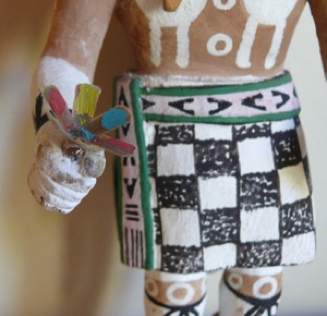 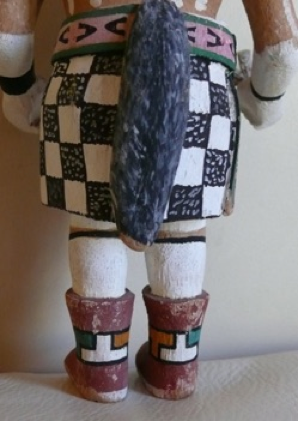 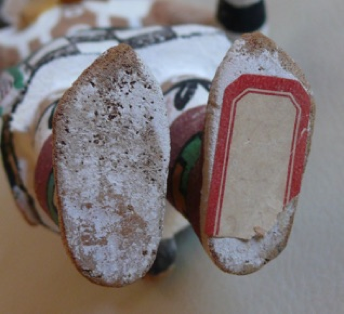 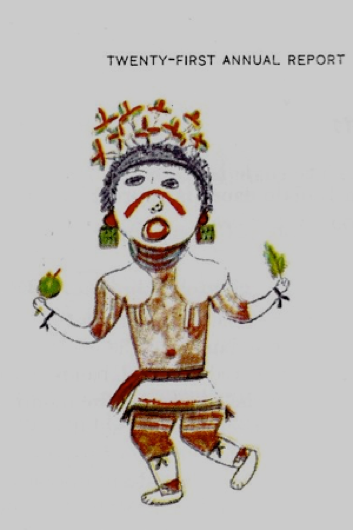 A very rare and unusual Kachina, the Woe is referenced in Jesse Walter Fewkes classic “Hopi kachinas drawn by Native artists” which appeared in the 21st Annual report of the Smithsonian’s Bureau of Ethnology in 1903. The Woe kachina is referenced in Plate VI on page 72 and described as follows by Fewkes:

“The symbolism of Woe kachina is a chevron across the nose, a symbolic design identical with that of the Eagle, and figures of artificial flowers on the head. Two persons, a man and a boy, represented the Woe kachina in a buffalo Dance in the winter of 1899-1900. The Eagle is symbolic of the Sun or Sky God and its appearance in a Buffalo Dance is appropriate since the Buffalo girl wears a sun symbol on her back.”

Fewkes goes on to mention that Woe kachina is also known to appear in The Bean Dance accompanied by Eototo, one of the principal kachina chiefs. The illustration of Woe kachina from Fewkes’ report is reproduced below for comparison purposes. As you can see, there are slight differences between his depiction from 1903 and this doll which was created in the 1930’s or 1940’s.

The passage of time can account for some of these slight differences as Kachina impersonations are known to have evolved over time. Differences can also depend on which particular Hopi village the depiction occurs as there are many variations in Kachinas among the various Hopi villages scattered over the three mesas of Hopiland. One of the most interesting variations in this doll over Fewkes’ depiction is that the figure is shown wearing a black and white checkered Hopi “Bachelor” style blanket as a kilt. This is the only time we have ever seen a Hopi kachina doll wearing a bachelor blanket.

The doll measures 7 1/2” in height and it is in excellent original condition with beautiful paint and strong color. It is missing what was likely a carved wooden spruce bough in its left hand. There is an old Fred Harvey company style  red-bordered adhesive paper tag affixed to the bottom of the doll’s left foot but there is nothing written on it. This could be an indication that the doll was collected new for sale in one of the various Harvey Company trading posts along the Santa Fe railroad.