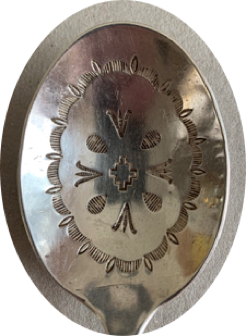 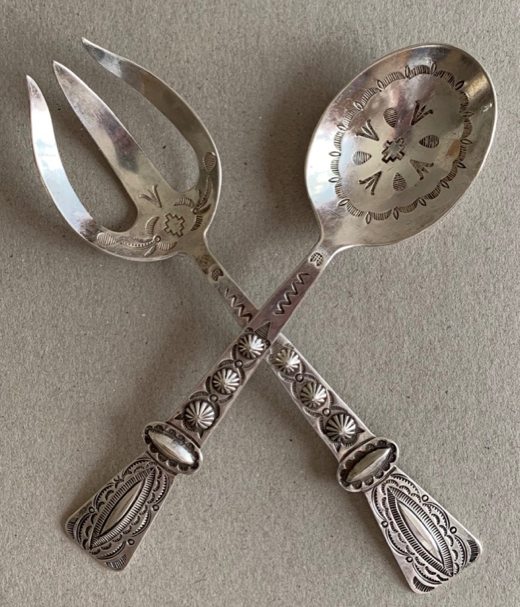 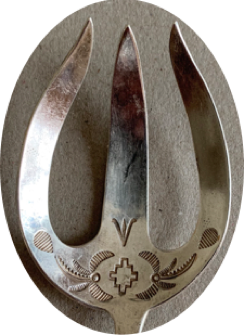 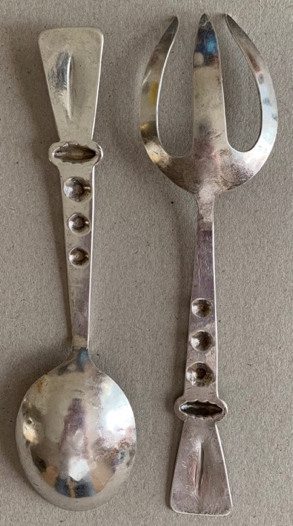 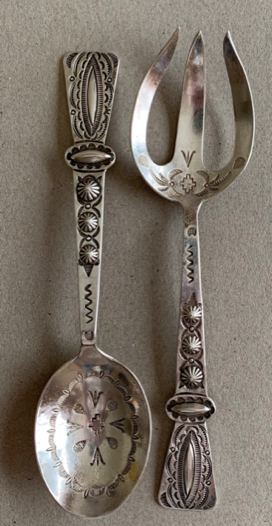 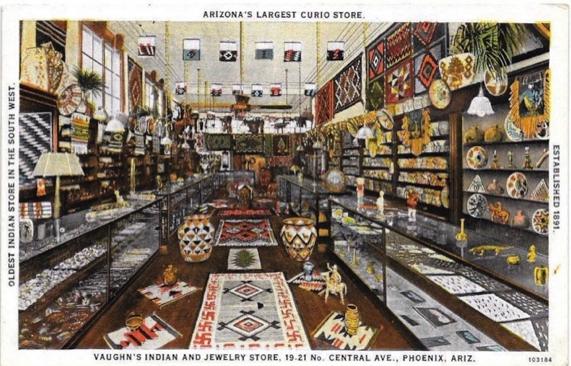 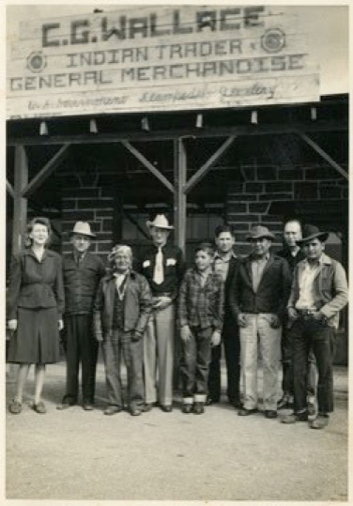 A magnificent historic Navajo or Pueblo

This set of silver serving pieces is so beautiful and so beautifully crafted that the first question one feels compelled to immediately consider is who might possibly have made them? Due to the style and superb technical proficiency they display, The names of three prominent historic Native American silversmiths come quickly to mind; those of two renowned Navajo silversmiths, Austin Wilson (1900-1976) and Fred Peshlakai (1896-1972) and that of the equally renowned Hopi Pueblo silversmith, Morris Robinson (1900-1987).

These three artists were all technical and aesthetic virtuosos and all worked for many years for prominent Indian trading concerns in Western states; Wilson for the famed Indian trader Charles Garrett (C.G.) Wallace (1898-1993) at Zuni Pueblo in New Mexico and Robinson for the also prominent and highly-regarded Vaughn’s Trading Post in Phoenix, Arizona. Peshlakai had his own shop in Los Angeles and he also travelled regularly around the Southwest working at other trading posts such as Vaughn’s for extended periods.

All of these shops catered to high-end clienteles and due to their elaborate decorations and exceptional craftsmanship it is easy to see where this serving set could easily have been a special custom commission for an important client. If we had to make our best guess regarding the artist here, we would give a slight nod to Austin Wilson, but it could easily have been any one of these three or a very talented someone else whose name we don’t know working for another one of the fine Indian trading posts in the Southwest who also had important clients such as the Fred Harvey Company, Charles Ilfeld, Julius Ganz or Juan Lorenzo Hubbell.

Let’s talk about some details of the craftsmanship of these pieces for a few moments. The set is made from cast-ingot silver. In time honored tradition, silver coins were melted down and cast into ingot silver “slugs” from which the individual pieces were then carefully hammered out into shape. Following that, they were painstakingly and very elaborately repousseed, stamped, chiseled, filed and polished into the stunning striking finished artworks they are now.

In the campy old cable TV cooking show “Iron Chef”, the question was always posed from the very beginning

to the various competitors and the audience, “Whose cuisine reigns supreme?” With these wonderful pieces yours almost certainly will, whether you actually use these pieces to serve food or simply display them on your dining room sideboard.