This fine jar is the genuine article, “The Real McCoy”, a traditional Pueblo pottery “olla” or water jar made at the Santo Domingo Pueblo just south of Santa Fe, New Mexico in the early decades of the Twentieth Century for native use at the Pueblo. It has “authenticity” and long storied tradition written all over it in every single aspect of its appearance and every detail of its construction; from the perfectly formed, fairly thick vessel walls to the characteristic cream-colored Bentonite slip, the thickly-applied vegetal black paint, the beautifully-rendered traditional pictorial designs of a pair of opposing parrots, the fine overall stone-polishing of the vessel, the indented concave base for carrying the vessel on the head as opposed to sitting it on a table, the painted black rim of the jar, the properly red-slipped interior of the jar’s neck and the narrow red slip “banding” around the bottom of the design field above the vessel’s base. 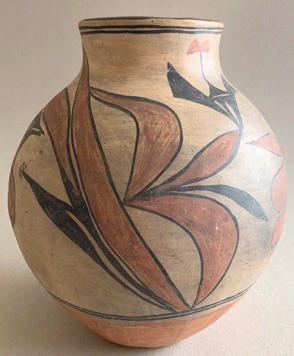 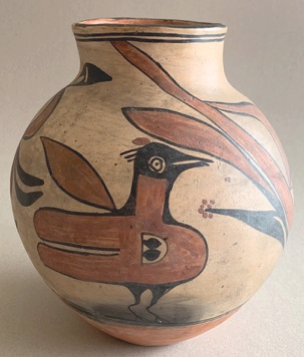 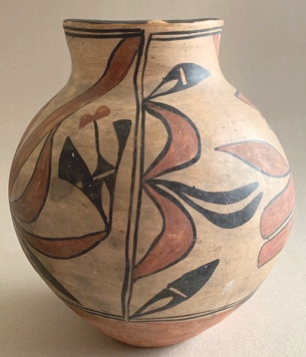 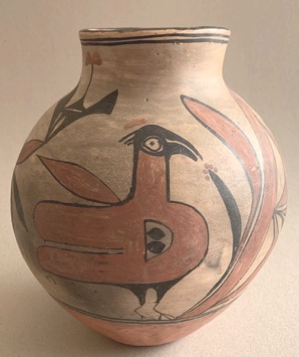 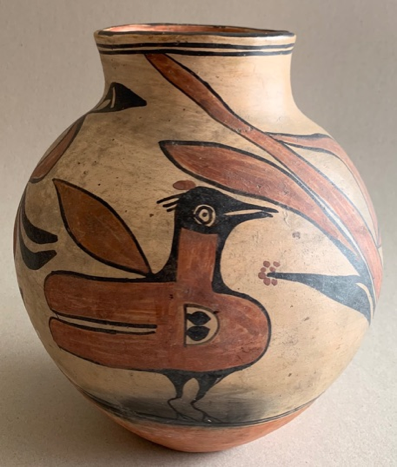 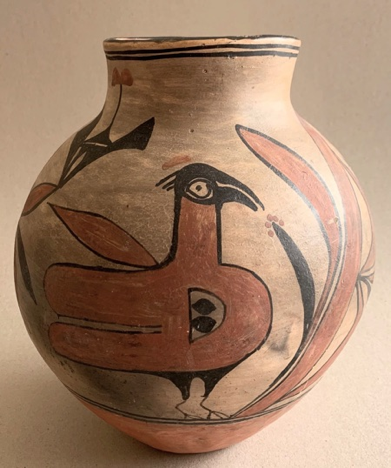 This jar’s design features a traditional layout of two large opposing polychrome birds both framed by lush foliate and floral designs. Birds in general and parrots in particular, have a long and storied history of being prominently used as design motifs in all manner of Pueblo art, ritual and material culture from the earliest days of prehistory in the Southwest. Bird representations can be seen in numerous ancient rock art panels across the region, they appear variously in all manner of material and ritual culture; from pottery to paintings and murals to textiles to basketry to jewelry designs. Bird effigies and representations appear on Pueblo ceremonial altars, they are the subject of actual kachina figures and kachina dolls and the feathers of various birds, especially those of macaws and eagles are used in all manner of Pueblo ceremonials, rituals and dances.

The jar measures a good-sized 10 3/4” in height and is 8 1/2” in diameter at its widest point. It is in generally excellent original condition especially for its near-century of age, with no significant chips and no restorations or overpaint in evidence under Ultraviolet light examination. There is what apperars to be a slight surface crack extending a few inches upwards from the base and there is also a certain amount of abrasion wear around the vessel’s base and there are several scrapes and dings around the jar’s body. Additionally, there is some degree of “fire-clouding” where the fuel from the firing process came into close contact with the vessel’s surface resulting in black or grayish clouds on the vessel exterior. Such fire-clouding is generally not considered to be a flaw unless taken to an extreme, but is rather a characteristic of authenticity in traditional Pueblo pottery manufacture. At certain pueblos such as San Juan, 25 or so miles North of Santa Fe, which is now known as “Ohkay Owingeh”, fire-clouding is even deliberately employed by potters for artistic effect.

This vessel is a wonderful time machine taking one back to an earlier time when water was scooped from a stream and carried on one’s head back to one’s home to be ready for domestic use. For those who have not experienced it, there is nothing quite like the taste of cool water from a historic Pueblo ceramic jar. Looking at this fine historic jar one can just imagine the sweet cool water waiting within. 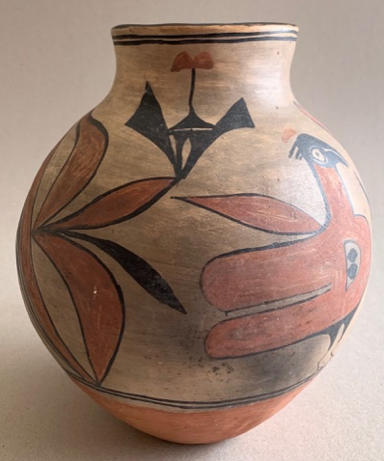 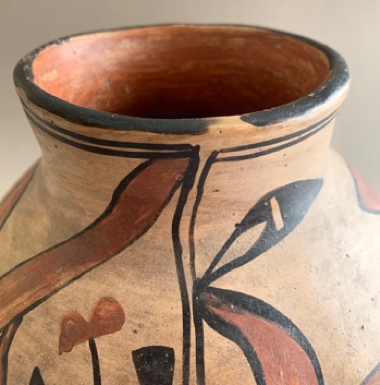 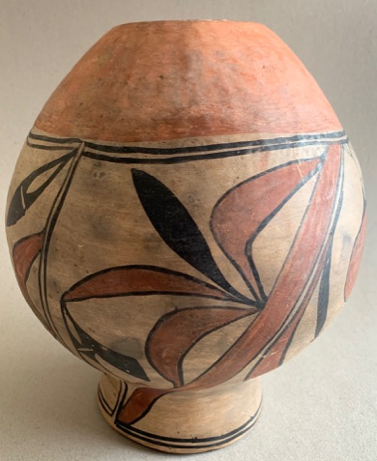 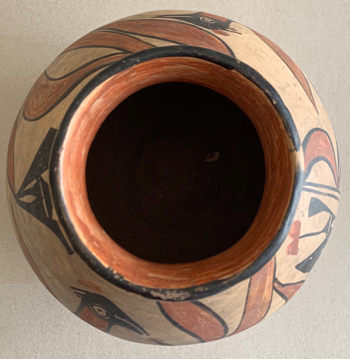 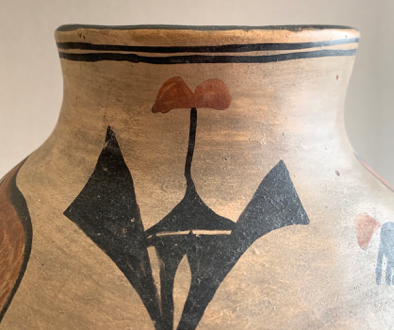 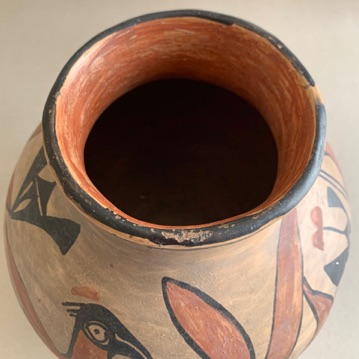 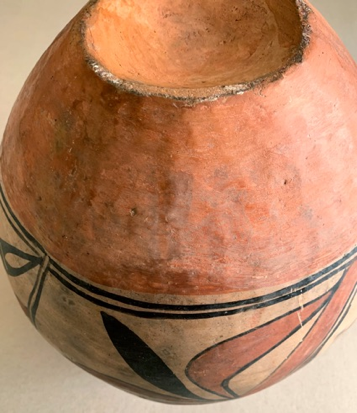 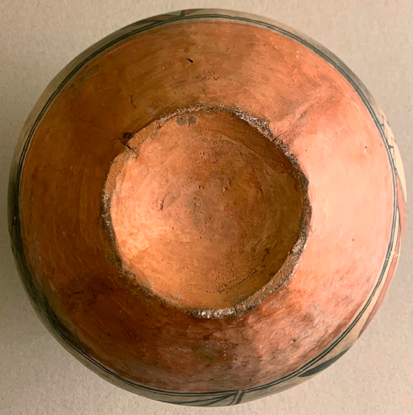 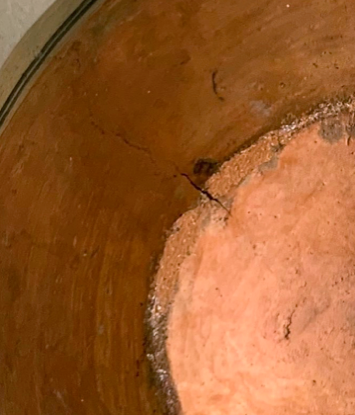