We don’t know exactly who made this wonderful cylinder vase, but they certainly had a lot of ability. The vase is beautifully and gracefully formed, finely polished and nicely fired with beautiful firing blushes, but it’s the unique and attractively painted design that really distinguishes the piece in our minds; spare, strikingly modern and perfectly rendered depictions of stylized bird and feather tail designs.

The vase measures a good-sized 9 1/2” in height and is approximately 4” in width at the widest point. It is in extremely good original condition especially so for its considerable age, there is a slight surface crack running half way horizontally around the vessel at the mid-point, but it does not appear to go through the vessel wall. A slight ping with a fingertip on the side of the vase confirms this. This crack could easily be restored by a competent professional restorer, but we would leave it alone as it does not intrude with the visual integrity of the piece, in our view.

Naturally, it is interesting to speculate on who might have made this piece; at the time at Hopi there were several prominent potters such as Nampeyo of Hano, her daughter Annie, Grace Chappella, Paqua Naha and the mysterious “Pele” and while the cylinder has some commonalties with the work of some of them such as Nampeyo and Paqua, it does not have enough commonalities to make a credible attribution to any one potter in particular. As we said earlier, we do know that whoever it was could make one hell of a fine pot and we will have to leave it at that. 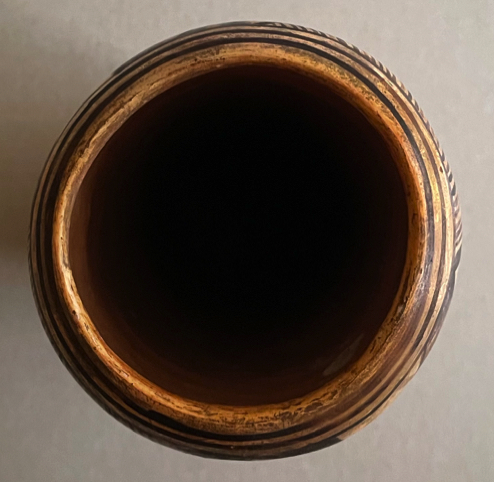 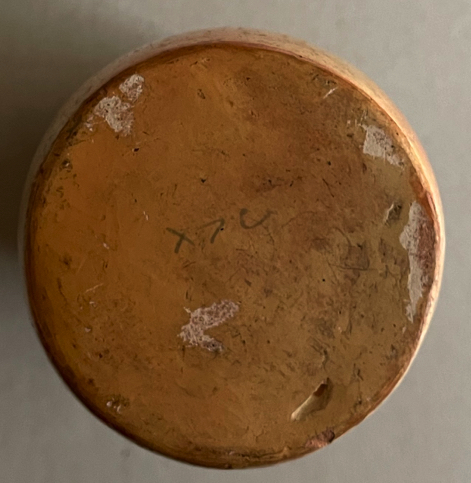 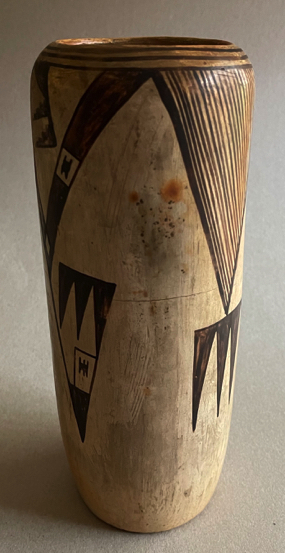 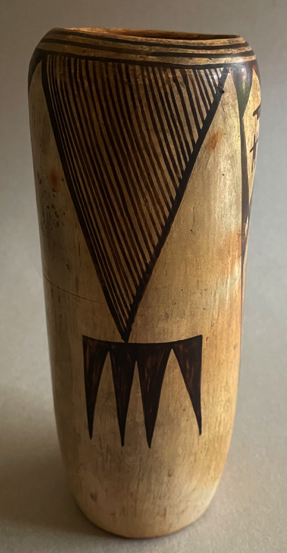 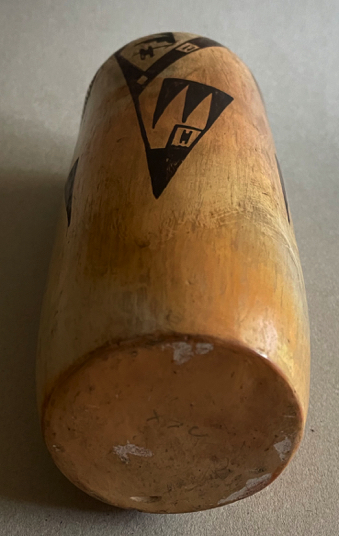 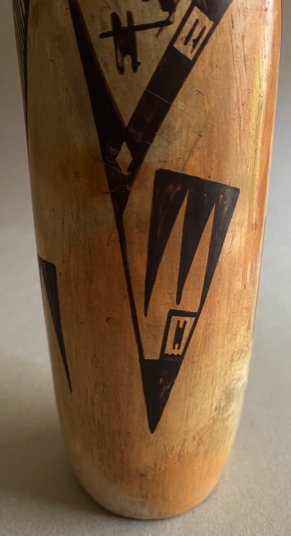