THESE WONDERFUL FIGURAL JARS are unique and extremely rare, only a few historic examples exist. In Barbara Kramer’s 1996 book on the great Hopi pottery Matriarch, Nampeyo of Hano, there is a small group of Hopi human figural pottery pieces pictured which were made by Nampeyo, circa 1922 (photo below) which were purchased from Nampeyo’s older brother, the Hopi indian trader, Thomas Polacca. This particular figurine is very similar to those, especially in the depiction of the figure's eyes and mouth and in the 1900 time frame when this jar was made Nampeyo was the only Hopi potter known to have been making human figurines. So while we cannot definitely state that this piece was made by Nampeyo, the very strong possibility exists. 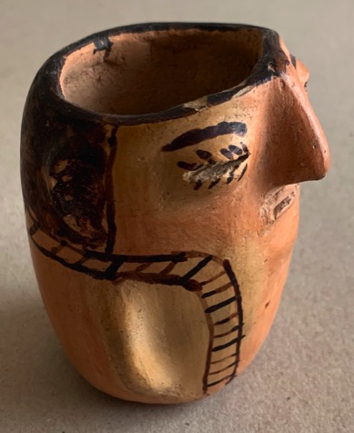 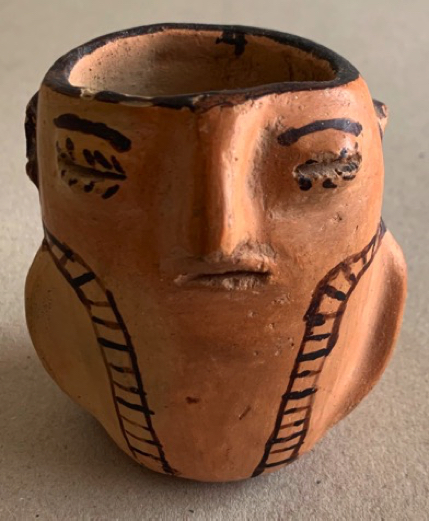 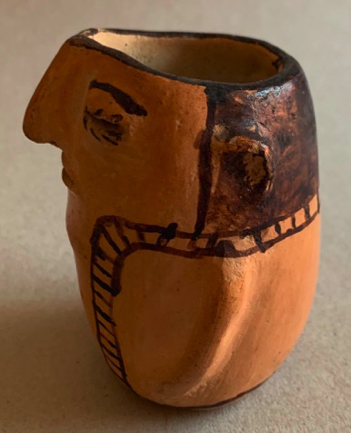 What we can state is that this piece is fairly early, dating from around 1900 according to a personal communication with the distinguished scholar and expert on historic Hopi pottery, Edwin L. Wade, Ph.D., who compared it to ancient human pottery or stone figurines excavated at the now ruined ancient Hopi village of Awatovi. The early archeological excavations at Hopi, such as Jesse Walter Fewkes’ at Siktayki village in 1895 and Watson Smith’s Awatovi expedition from 1935-39 helped fuel a revival of older pottery designs and forms among potters at Hopi so it is certainly possible that the discovery of ancient figural human pottery pieces inspired the later making of this one and others. Other ancient cultures in the general vacinity of the Hopi mesas, such as the Salado and Hohokam, also regularly made human effigy pottery figures, and, of course, there is an abundance of stylized human figures existing in ancient rock art panels all around the Southwest and many of these are in the immediate vicinity of the various Hopi villages.

“The face jar dates to 1900. The facial features are like figurines found at Awatovi.”

The jar stands a diminutive 3 3/4” in height and is 3” in width, small in scale but a great deal larger in its artistic impact. The forming of the figure’s face and body is generally accurate in terms of human scale and features, but at the same time it is also abstracted and stylized in a way so as to symbolically represent all of humanity, like an ancient Cycladic stone sculpture. The pottery figure is in excellent original condition with no cracks, one tiny chip to the rim and no restoration or overpainting is in evidence under a thorough ultraviolet light examination.

and storied history and survival of an ancient Native people in the vast, rugged reaches of the American Southwest. 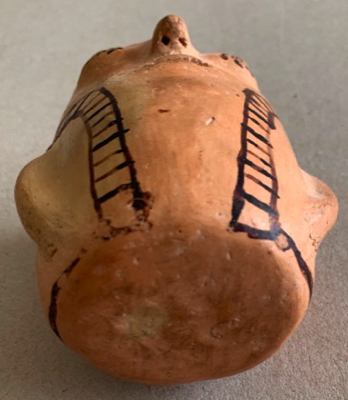 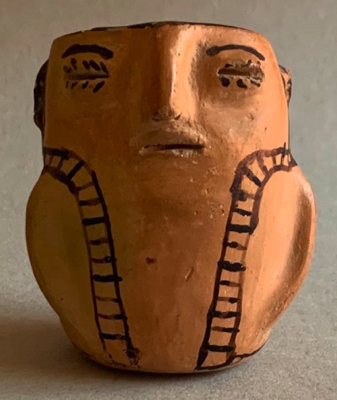 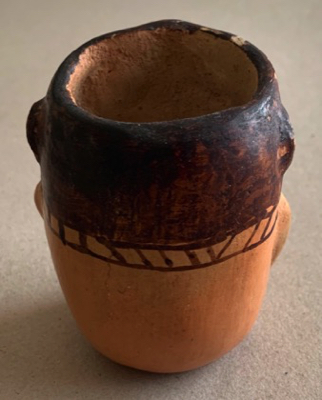 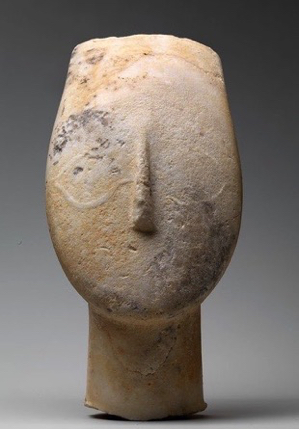 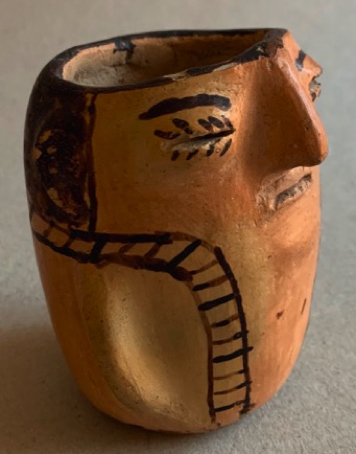 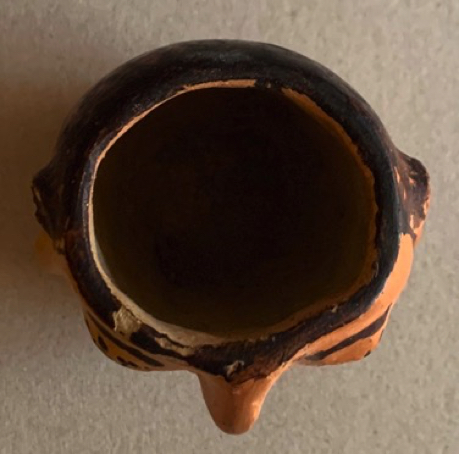 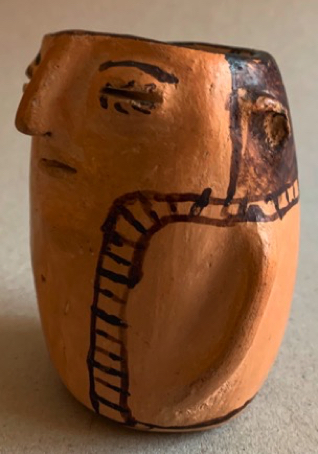