A beautiful Hopi polychrome pottery bowl with a “Clown” or “Kilroy” face pictorial design by Nampeyo of Hano, c. 1910

The renowned Hopi Pottery matriarch, Nampeyo of Hano (1858-1942) had several characteristic design “signatures” over the course of her career, and one of those she used most often was this “clown” face design also known as a “Kilroy” face after the name of the well-known World War Two U.S. Army cartoon character.

The presence of a Kilroy design or a variation of one is one of the more common telltales used to identify pieces of Nampeyo’s pottery; there are numerous others including an elevated overall level of superb craftsmanship in potting, painting, finely-executed stone polishing and firing, the use of high-temperature firing in Lignite coal with resulting beautiful firing “blushes”, the common use of unbroken painted “framing” lines around the design field and the employment of a “streaky” sort of red paint. This particular bowl has all of these characteristics.

The bowl measures 6” in diameter and it is 2” in height. It is in excellent original condition particularly for its century plus of age with no significant chips, no restoration and no overpainting. There is a hairline crack extending about 1 3/4” down from the rim, some very minor soiling to the interior of the bowl and a small amount of paint abrasion on the rim, but these are insignificant to a piece of historic pottery such as this, in our view.

This small bowl has an artistic presence considerably greater than its modest size might indicate; it’s an elegant, unique and strikingly attractive piece by one of the greatest Native American pottery masters in history.

Proto-Historic Hopi San Bernardo polychrome jar, c. 1600-1650 with pendant triangle designs similar to Nampeyo’s later “Clown” or “Kilroy” faces. There is considerable evidence that Nampeyo was influenced to some degree by seeing ancient Hopi pottery designs and this might be one of these incidences.

-Source and © “Nampeyo and her Pottery”, Barbara Kramer, University of New Mexico Press, 1996 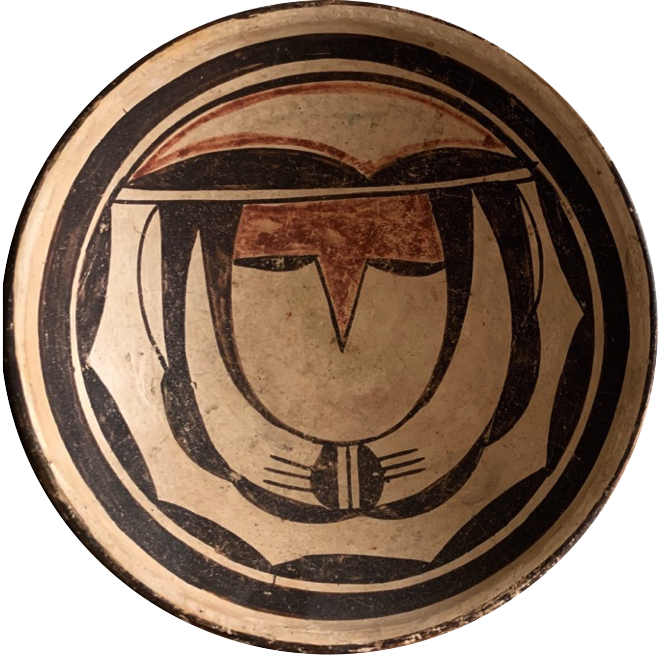 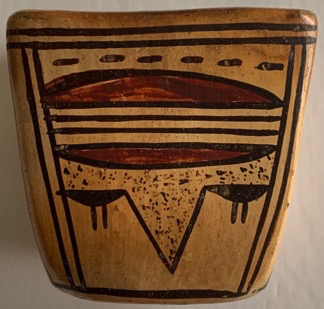 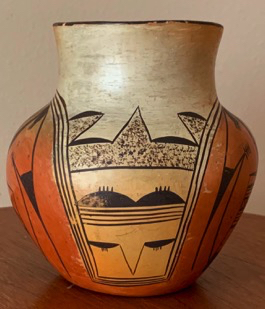 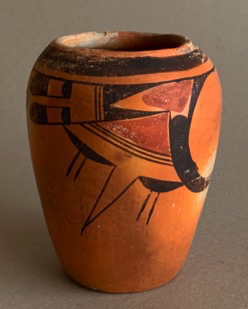 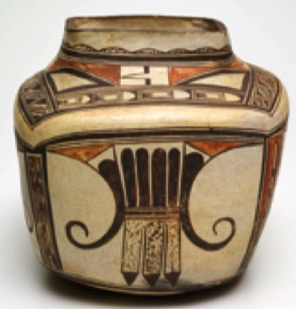 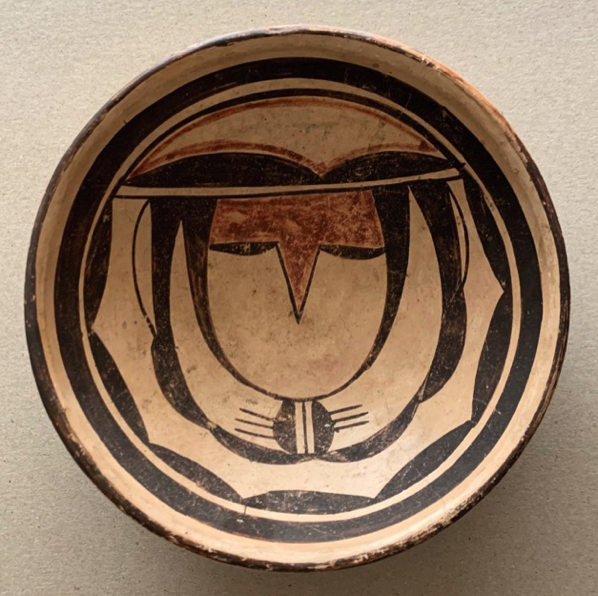 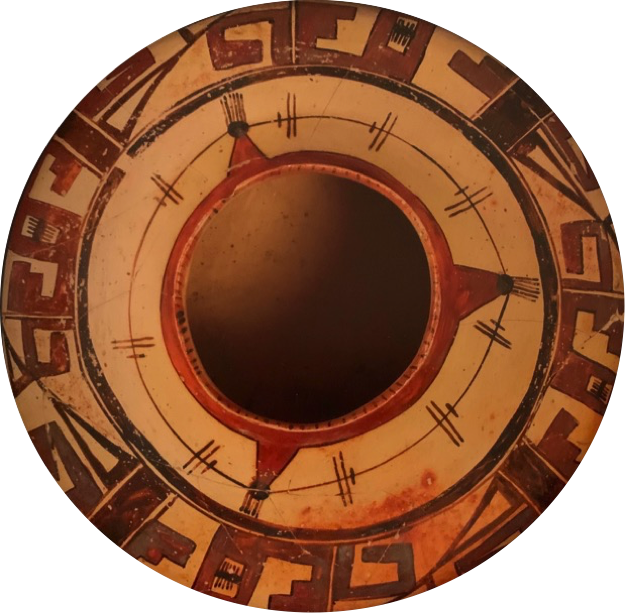 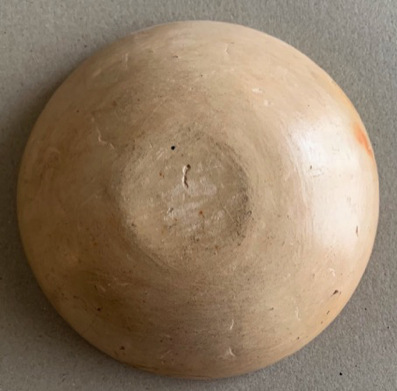 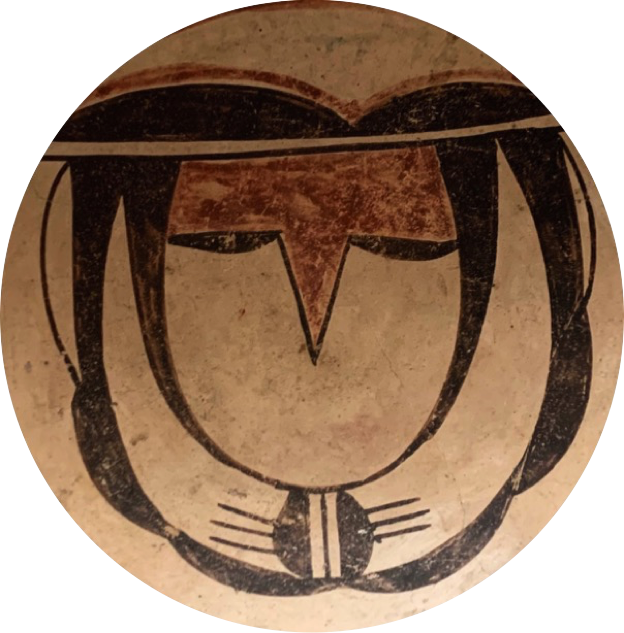