A very fine example of an early Hopi cylinder jar made in the unique “red polychrome” style originally developed by Nampeyo around 1890-1900 from prehistoric pottery types found around the Hopi mesas. In the first two decades of the 20th century, Nampeyo and her eldest daughter, Annie Healing were the primary Hopi potters working in this style. Starting in the 1930’s and 1940’s, other Hopi potters such as Paqua Naha, Garnet Pavatea and Zella Cheeda also began making red polychrome vessels.

Although the cylinder is unsigned as is typical of this time period, we are attributing this piece to either Paqua Naha, the Original Frogwoman, or to Garnet Pavatea based on the jar’s shape and its formalized design composition and bold execution which utilizes heavy black lines and large broad curvilinear motifs. We feel that this cylinder resembles a number of Paqua Naha’s bowl designs of this period, but our attribution is pretty much 50% Paqua, 50% Garnet Pavatea. 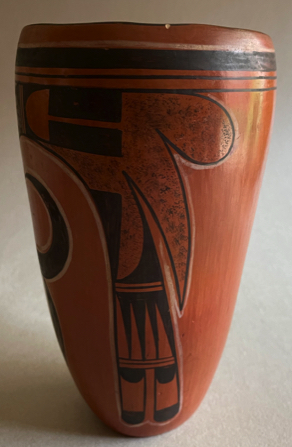 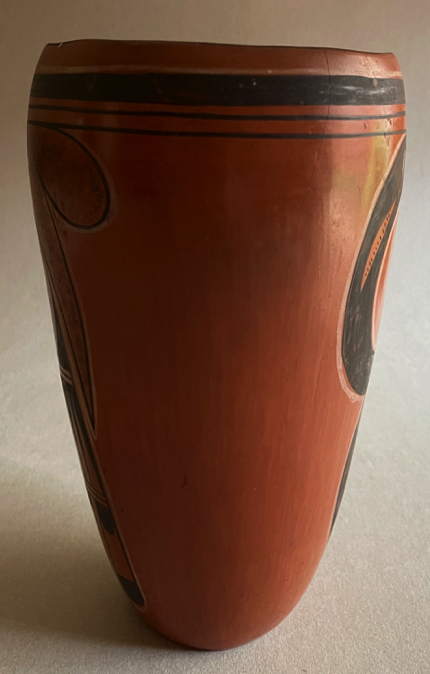 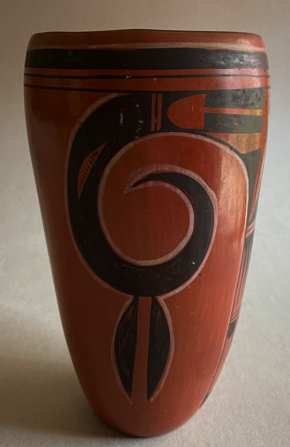 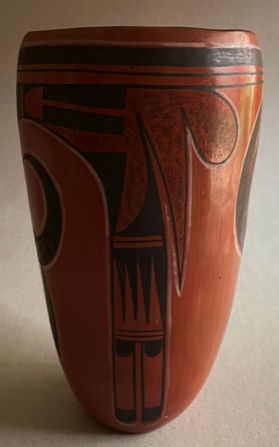 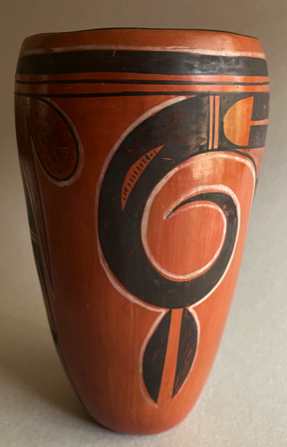 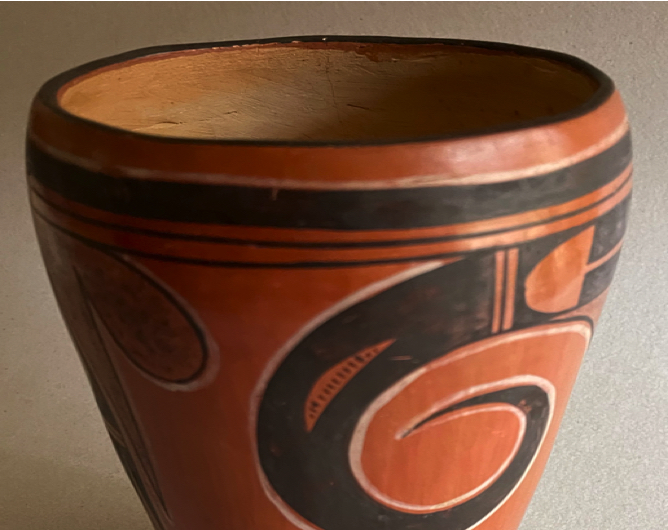 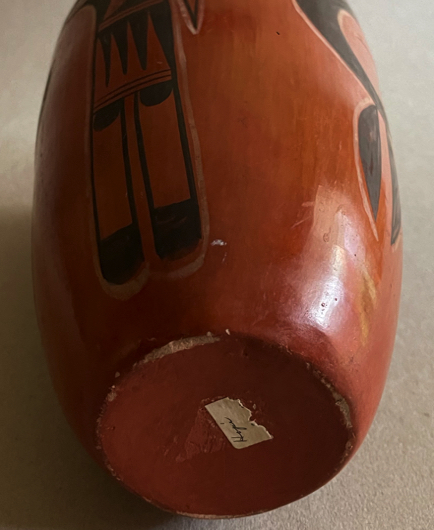 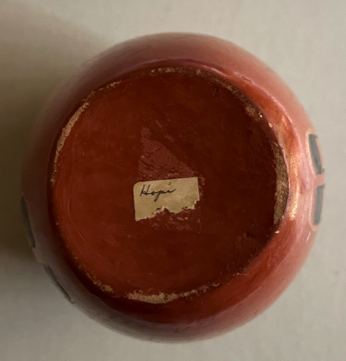 You can’t wrong with either potter, as far as we are concerned since both had outstanding ability and their work is highly desired. The cylinder jar measures 10” in height and is 5 7/8” in diameter at the widest point. It is in generally excellent original condition with one extremely slight hairline crack extending about four inches down from the rim. This could be easily and inexpensively restored if desired, but it is not at all necessary in our opinion. There are also

a couple age appropriate dings and scuffs here and there.

All in all, this jar is a beautiful and visually striking historic piece that conveys a quiet elegance which makes it extremely satisfying to behold.