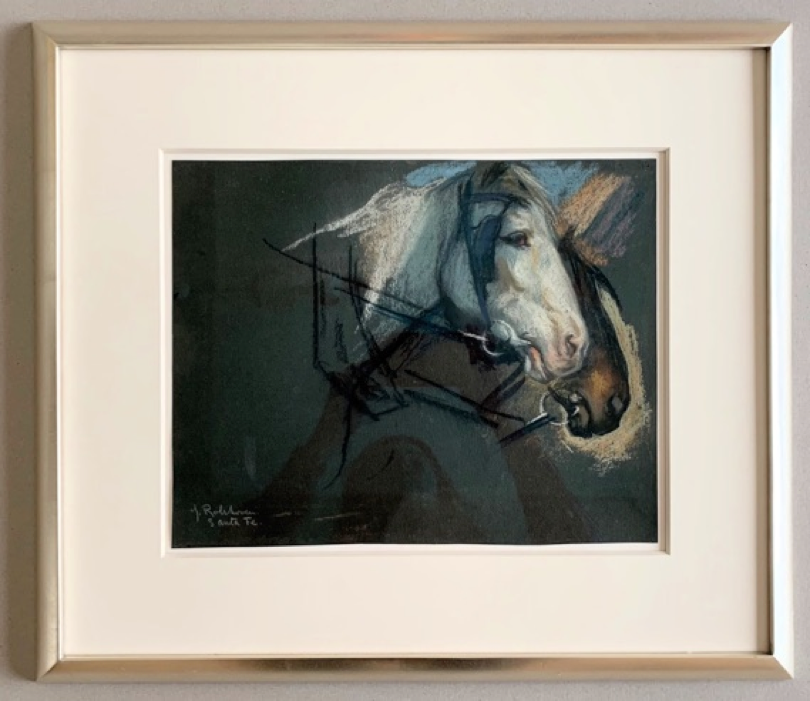 A rare and marvelous pastel on paper of a pair of

Only a freak accident of timing prevented painter Julius Rolshoven (1858-1949) from being widely known today as one of the most famous and talented artists in New Mexico’s long and storied artistic history. Rolshoven took up residence in Santa Fe in 1916 and set up a studio in the Palace of the Governors on the Santa Fe Plaza. He was one of the earliest members of the renowned Taos Society of artists, elected to the original TSA group in 1917 before later members Walter Ufer, O.E. Berninghaus or Kenneth Adams. However, an appointment in Santa Fe kept Rolshoven from being included in the seminal famous photograph taken in Taos of the original Taos Society of Artists group and this unlucky omission plus the fact that Rolshoven left the TSA after only four or five years and spent a good amount of his time in Europe after 1921 means that many Southwestern art collectors have little or no knowledge of or exposure to his Southwestern artworks because there are simply so few of them around.

Due to the relatively short time he spent here, Rolshoven’s New Mexico artworks are few and extremely hard to come by, they are rarely seen in either Museum or private collections, further adding to the mystery. This is quite unfortunate as Rolshoven’s Taos and Santa Fe works are of extraordinary quality and beauty and are well worth seeking out. Rolshoven was one of the most highly trained and artistically accomplished of the entire TSA group with a marvelous painterly style and beautiful high-keyed color palette. He was also the oldest member of the group, born a year before the second oldest, Joseph Henry Sharp (1859-1953), seen below at far right.

Julius Rolshoven in his Paris studio, circa 1900.

The Taos Society of Artists circa 1917 minus Julius Rolshoven.

This beautifully done pastel on dark grey artist’s paper of a pair of horses is indicative of Rolshoven’s fluid, evocative style and expressive palette. It is rendered in colored pastel on dark artist’s paper. The painting itself measures 11” by 13 3/4” and the framed dimensions are 19 1/2” by 22 1/2”. It is signed “J. Rolshoven, Santa Fe.” in white pastel at the lower left and there is also a further written personal dedication in pencil in the artist’s hand at lower left which reads “Xmas 1927 To Mrs. G. Harris from her friend, Julius Rolshoven”.

This pastel is a rare and beautiful work by a distinguished and highly accomplished artist,

a historic Santa Fe art treasure of the first order.

The personal dedication written in the artist’s hand in pencil above his signature reads as follows: “Xmas 1927 To Mrs. G. Harris from her friend, Julius Rolshoven” 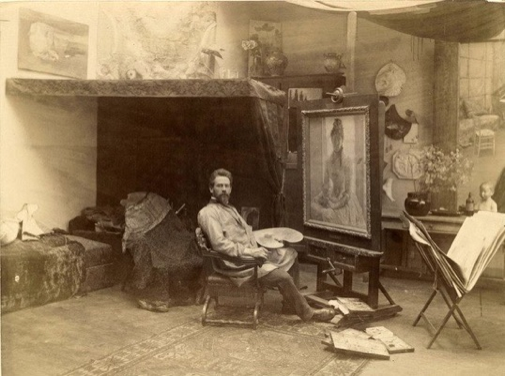 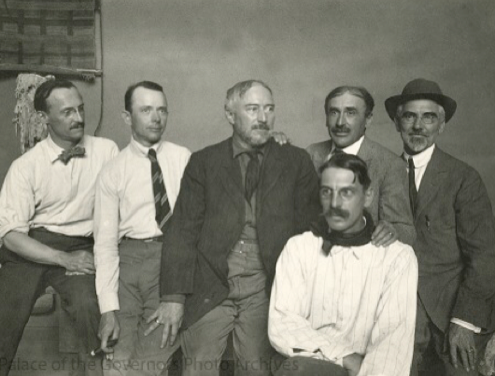 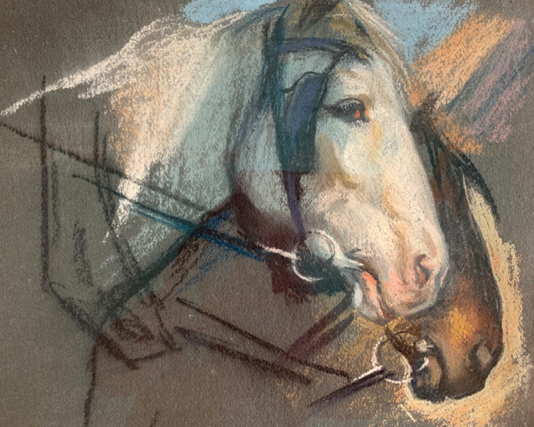 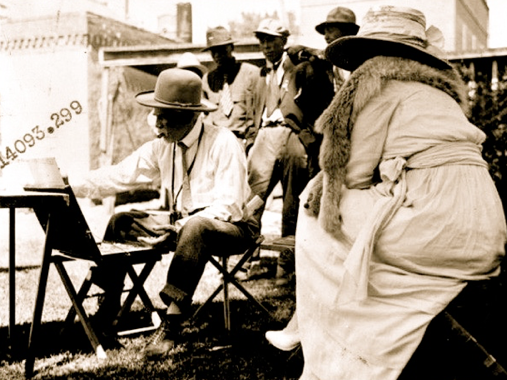 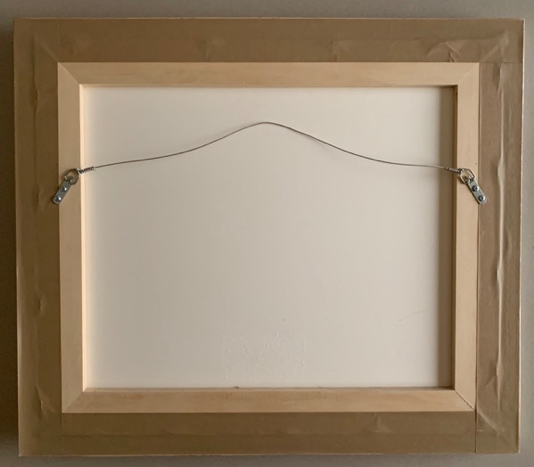 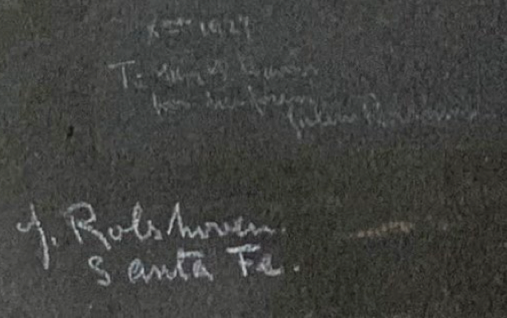