This is a true cross-cultural piece in every sense, an accomplished Hopi ceramic made in a distinctly

non-Native ceramic form, made by a distinguished Hopi ceramic artist for a distinctly non-Hopi audience.

In the Southwest at the dawn of the 20th century the beginnings of the tourist industry were just starting to take off. It was created and aided and abetted by the Santa Fe Railway and The Fred Harvey Company for a growing stream of intrepid travelers who would ride on the railway out to the Southwest from Chicago or Los Angeles and would then stay and dine comfortably at various of The Fred Harvey Company’s chain of civilized hotels across the region and then take the Harvey Indian Detours luxurious automobile trips out to see the Indians. Of all these exotic destinations, one of the most popular was a trip up to the remote Hopi mesas north of Flagstaff, Arizona and have an opportunity to see and possibly purchase something from the famous Hopi potter Nampeyo who due to her astounding ability and the considerable promotion of it by various archaeologists, ethnologists and other academics and later by The Fred Harvey Company had become something of a celebrity rockstar artist of the time.

“Nampeyo, your work was so good, so good that it anchored an artistic legacy that still shines forth in the talented hands of your grandchildren and great-grandchildren. You helped define the arts of the 20th Century and opened the eyes of succeeding generation to the sensitivity and greatness of Native Americans.”

Nampeyo’s work was in high demand by every serious Indian trading concern in the area from Thomas Varker Keam, to Fred Harvey to J.L. Hubbell and this is most likely how this particular pitcher came to be. Obviously, it was a special order made either for use or display in a Harvey Company Hotel or for an Indian trader to sell to a private client or give as a gift, Nampeyo was very likely shown a photo of a Victorian-era pitcher or shown the actual object itself and asked to make her own Hopi version of it. And while there are certainly instances of small ceramic pitchers being made and used by Native Americans in the ancient and historic Southwest, this piece has a distinctly non-native form and a distinctly larger size. Additionally, the pitcher has no pouring spout which is another aspect that leads us to believe that this piece was primarily intended to serve a decorative rather than utilitarian function.

Ingeniously, Nampeyo first made a beautiful upright jar form here and then applied a gracefully curved clay handle to it, after which she painted the entire piece with a distinctive design which beautifully accentuates the curvilinear shape of the finished vessel. Also please take careful note of the extraordinary stone polishing on this piece done in Nampeyo’s characteristically long vertical strokes.

There are numerous other examples of Nampeyo making pottery objects that were not culturally her own;

we have variously seen painted pottery tiles, pottery picture frames, flowerpots, ashtrays, candlesticks, human doll-like effigies and other manifestations of Nampeyo’s willingness to work outside the ancient ceramic traditions of her culture to satisfy the desires and tastes of a non-native modern audience. And, characteristic of the truly brilliant artist she was, these objects while non-Hopi in nature became in her hands nonetheless singular objects imbued with the beauty, quality and timeless traditions of Hopi pottery. Basically, though foreign to her, she made them entirely her own.

Several other examples of Nampeyo’s distinctive black-on-cream pottery from this time period which, like this pitcher, also demonstrate a similar bone-white slipped clay body painted with deep brownish-black paint and similar design motifs and compositions and a similar use of negative space. The outstanding stone polishing and high-temperature coal firing of the vessel are other unique and telltale marks of the master’s hand. *

The pitcher measures 8 3/4” in height and it is 8” in diameter at its widest point. The opening across the pitcher’s top is 3 3/4”. The pitcher is in generally excellent original condition particularly for its 120 or so years of age. There are no cracks and no restoration or overpainting evident with a thorough examination under Ultraviolet light. There is a certain amount of abrasion wear to some of the painted designs around the mid-body and also a couple of small chips in that area. There is also a long narrow chip about 2” in length and 1/4” in width in the top of the pitcher’s rim on one side. The vessel does not really appear to have actually been used as a pitcher and its spoutless neck design might have made this difficult in any case, but the slight damage to the rim could have been caused by a pattern of pouring from that side though this seems fairly unlikely to us. 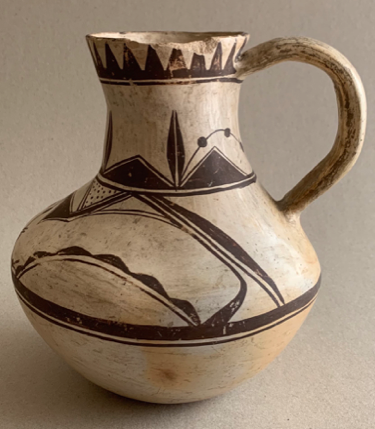 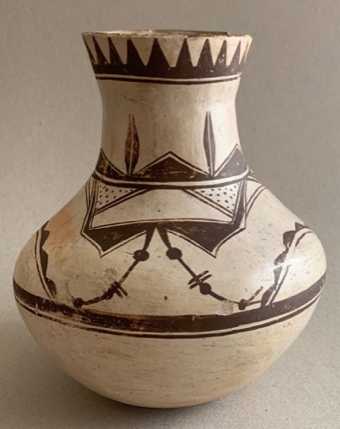 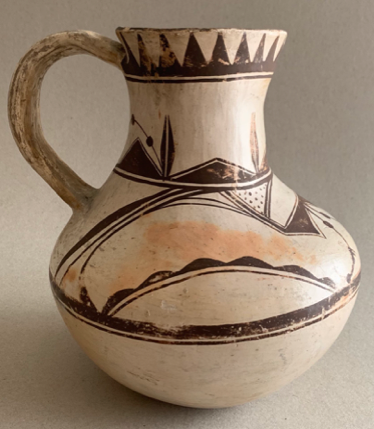 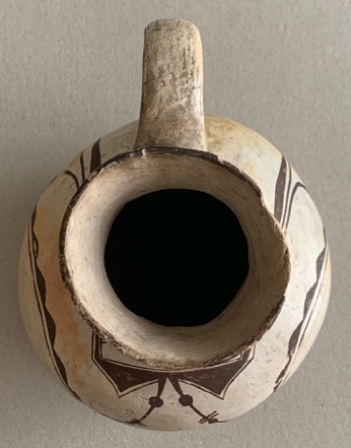 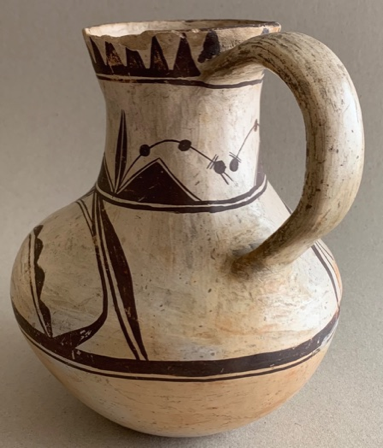 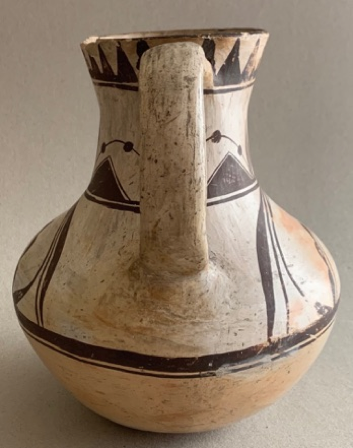 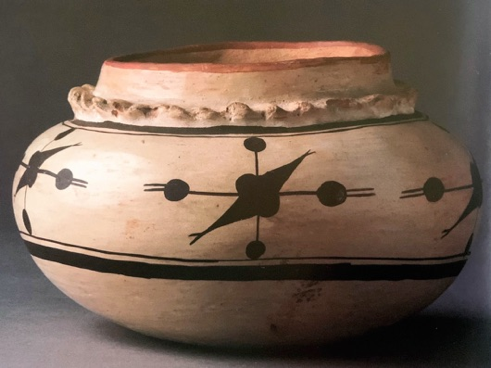 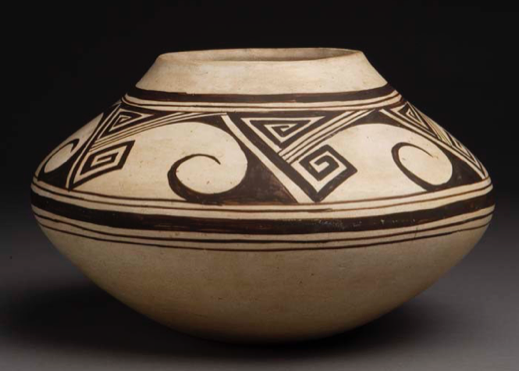 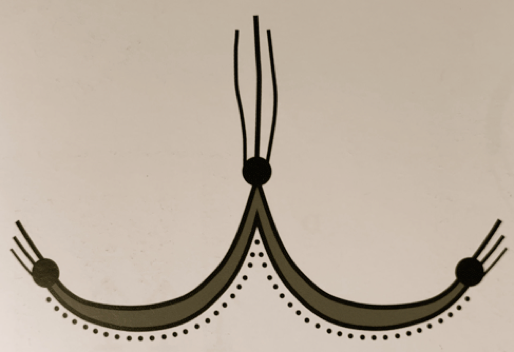 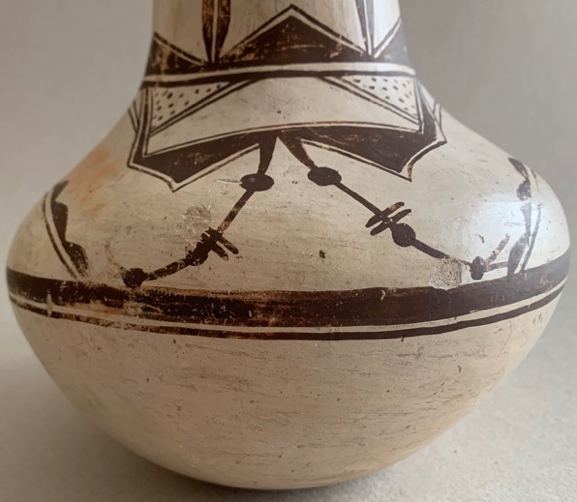 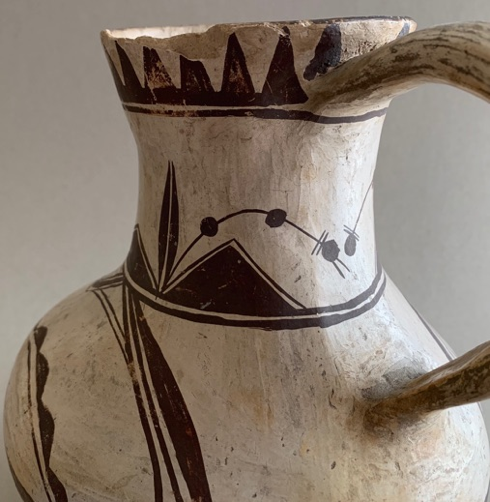 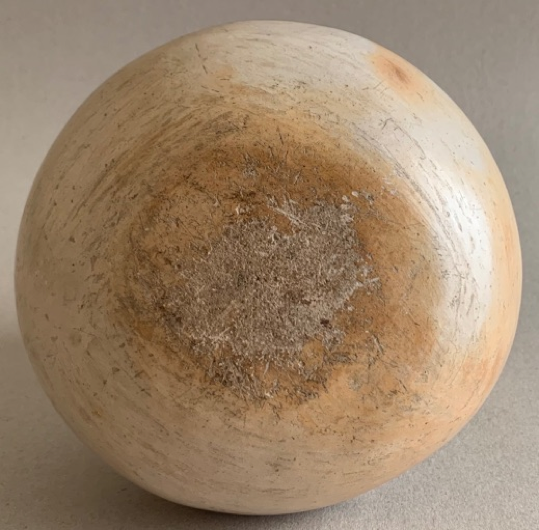 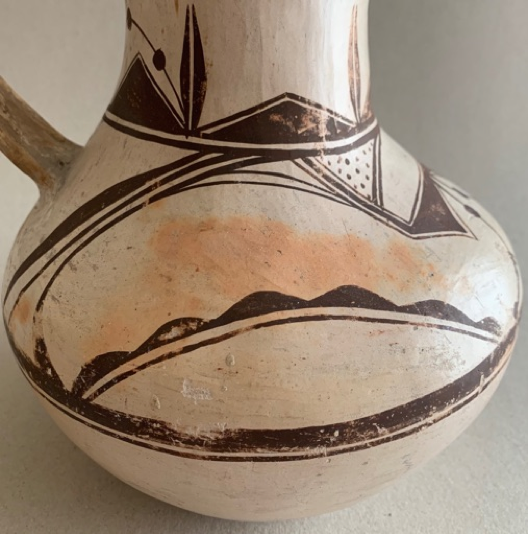 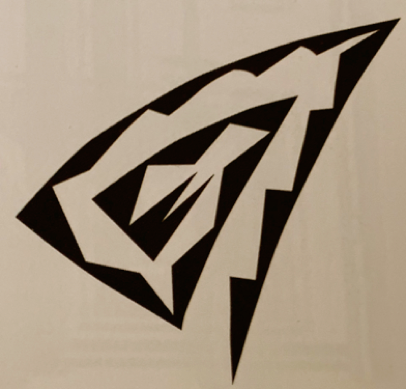 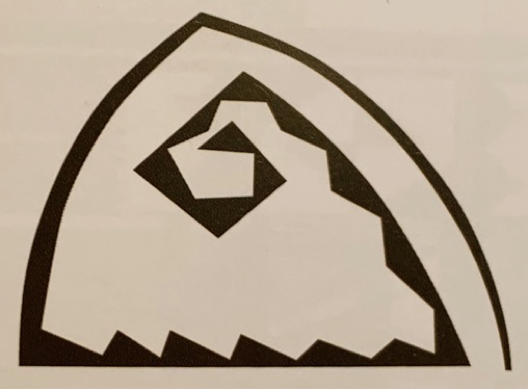 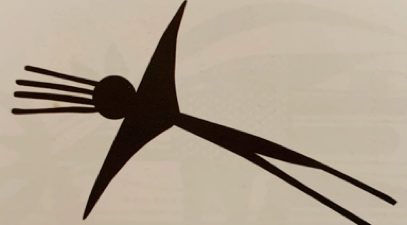