Otellie Pasiyeva Loloma (1921-1993) is the Native American art world’s “other Loloma”, so to speak; an extraordinarily accomplished artist in her own right and later an important art educator who was also Charles Loloma’s first wife

and original artistic partner. Because of the quiet lifestyle Otellie chose to pursue she has been somewhat overshadowed by the worldwide fame and immense recognition of her renowned husband, but her artistic achievements are nonetheless quite remarkable. In the 1940’s, Otellie and Charles studied ceramics together at Alfred University in New York and in the 1950’s they launched their own ceramics company in Scottsdale, Arizona’s Kiva Craft Center making and selling pottery which they referred to as “Lolomaware”. While Charles increasingly moved into making jewelry exclusively starting in the late 1950’s and early 1960’s, Otellie continued making ceramics primarily (along with a very few paintings) until her death in 1993 while also serving a vital role as a senior art instructor at The Institute of American Indian arts in Santa Fe. In this capacity, Otellie deeply inspired and influenced a number of today’s most prominent Native American artists, including renowned Cochiti Pueblo potter, Diego Romero and Navajo painter and Jewelry-maker Tony Abeyta.

in materials, technique, and design—and a teacher who helped shape generations of students

at the Institute of American Indian Arts in Santa Fe.”

Otellie’s ceramics are uniquely and immediately recognizable in a distinct number of ways; for her formidable command of an entire encyclopedia of ceramic techniques including using various clays and glazing techniques and skillful incising and painting and most of all for her distinctively stylized Hopi artistic style, exploring shapes and design motifs and forms reminiscent of historic Hopi pottery, culture and mythology, interpreting and presenting them in her own unique way through the mind and eye of a sensitive, skilled Modern Native artist. Otellie’s ceramic works are very highly regarded and quite difficult to come by, this is only the sixth or seventh piece of her pottery we have had in the past 35 years and in our opinions it is the most unique and interesting one. Otellie’s pottery pieces are held in numerous important collections, including several in The Smithsonian Institution’s National Museum of the American Indian in Washington D.C.

-Photo source and © “Loloma, Beauty is his Name” by

This particular vessel is a perfect demonstration of all of this; uniquely and instantly identifiable as an Otellie piece. The upright cylindrically-shaped vessel's body stands an impressive 11 3/4” in height and is 4 3/4” in maximum diameter. The jar is beautifully incised all the way around the body with five large stylized Hopi kachina representations and masks, including one of Crow Mother and several of what appear to be various horned ogre kachinas. Interestingly, the kachina and mask designs are all contained within large stylized vertical ears of corn. The jar is beautifully glazed all over in a deep rich caramel brown semi-gloss glaze with very elaborately and precisely hand-applied surface texturing with a tool and/ or rubbing or impressing with an applied cloth before firing. The jar is in completely excellent original condition and it is properly signed “O Loloma” on the bottom with the “O” placed above the “Loloma”.

Interestingly, this jar came to us from a longtime colleague of ours who originally collected it thinking it was a piece made by Charles Loloma. Indeed, Charles and Otellie worked so closely together on their ceramics that often the only way to tell them apart is by their signatures which are also somewhat similar.

"When I teach which is so important to me and my own clay work, I try to instill belief in my students whether Indian or non-Indian. When that belief is alive, their work is alive. This belief and aliveness gives the student their strength in what they do in any art form or life work. This belief and aliveness is what makes me the artist I am...it is what I am all about”.

McGrath for The Santa Fe Reporter, 1991

This jar is an extraordinarily rare and important Otellie ceramic; a unique and wonderful piece from the fertile mind and talented hands of one of the 20th Century’s most outstanding Native American artists and it would be a credit to any collection, anywhere, public or private. 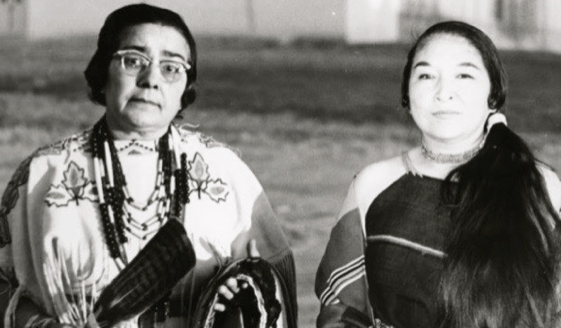