with a letter of authentication by Hopi pottery authority, Edwin L. Wade, Ph.D.

This beautiful red polychrome style jar by Nampeyo comes to us from a fine private collection in a small Massachusetts town about 70 miles outside Boston, an area which is a hotbed of sorts for finding early Hopi pottery pieces due to the several important early archaeological expeditions to the Hopi mesas and villages originating from Boston’s Harvard University and Peabody Museum which were sponsored and funded by the important local Boston Philanthropist and longtime archeology and museum patron Mary Tileston Hemenway (1820-1894).

I’m always amazed at the artistic versatility and experimentation of Nampeyo, pushing the ceramic boundaries of both Hopi and herself.  That is bountifully seen in this masterfully executed jar in which the design composition expertly blends with the sensual shaping of the vessel’s body.

Like a pear or a wooden Koa bowl from ancient Hawaii, the jar emanates a soft curvaceous caress tapering from the midbody, or hips, to the slender upperbody, or waist.

Complementing the form is a geometrically abstract painted composition that forcefully extends horizontally upon the vessel’s surface. In the way it boldly possesses space, immovable and dominant, it is reminiscent of masculine military campaign medals, or perhaps a Renaissance family crest. Nampeyo harmoniously integrates the visual tension of her composition with the voluptuous girth of the vessel’s physical form, attesting once again to her remarkable genius. 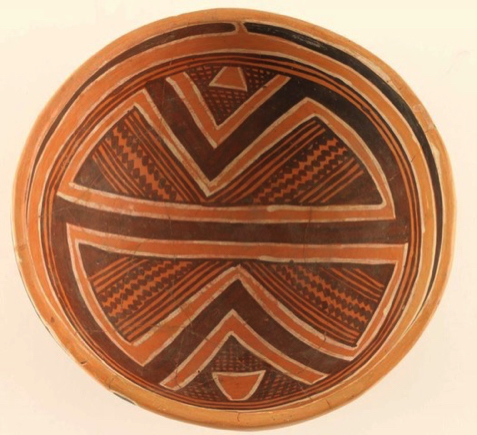 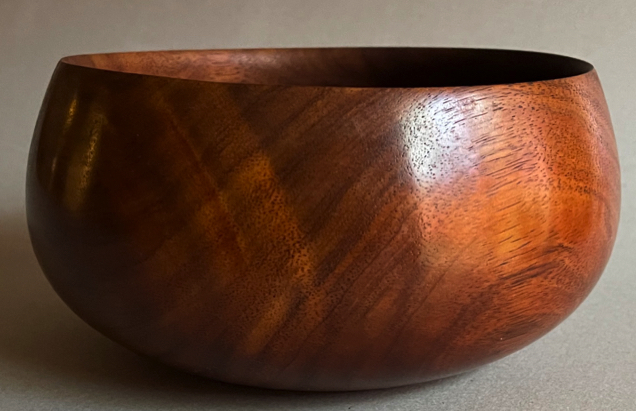 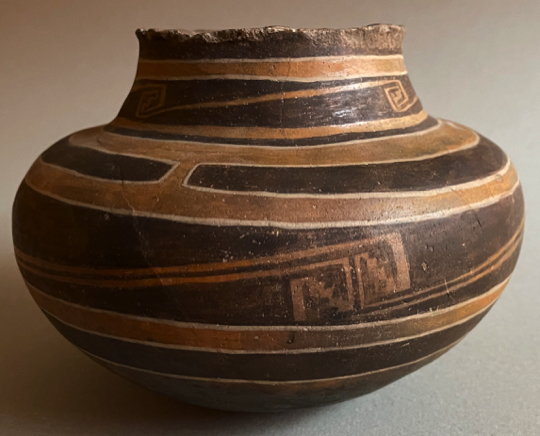 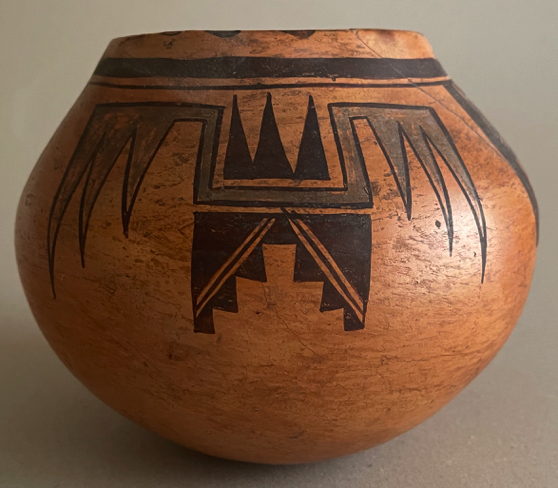 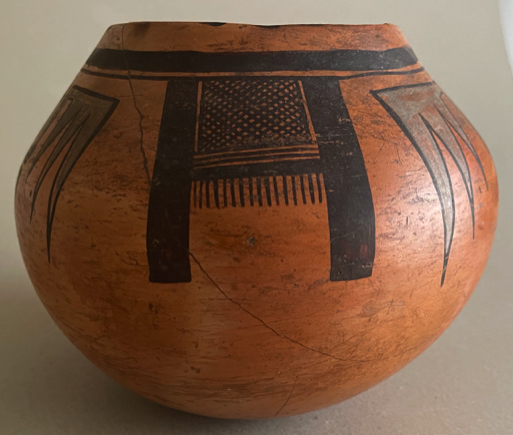 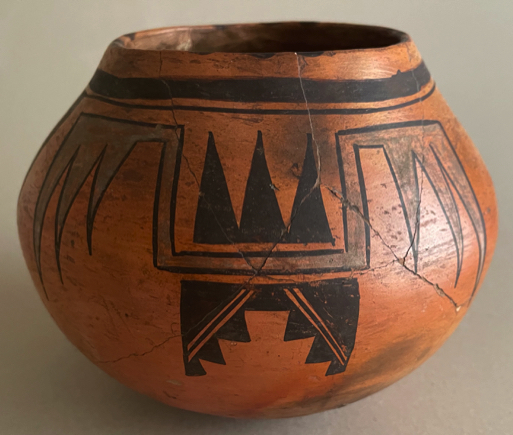 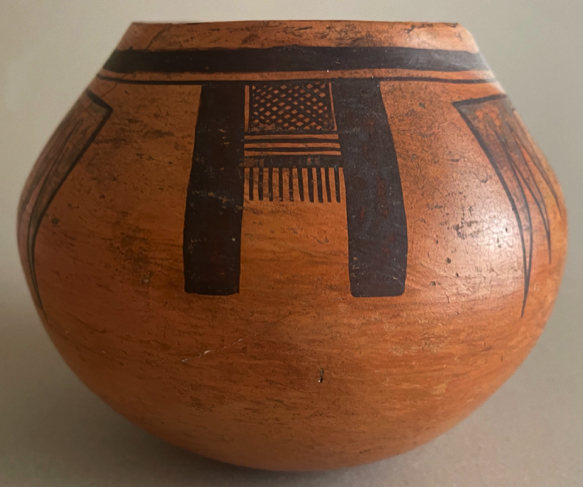 In addition to the reddish-orange clay body and black paint the third color for the polychrome is formed by the use of white kaolin mineral paint which in time can sometimes turn to a greenish-greyish hue as can be seen here. Nampeyo and later, Annie too only made these vessels for a short time, ending for reasons known only to themselves around 1915. After that only a very Hopi potters have ever been able to make such vessels, notably Paqua Naha and later Garnet Pavatea and Lena Charlie.

The eminent Hopi pottery scholar, Dr. Edwin L. Wade was quite taken with this jar when we recently showed it to him. In a subsequent telephone conversation, he remarked very favorably on what he referred to as "the serene beauty of the form" and the sophistication of the design, interestingly he also observed admiringly upon what he described as the jar’s unique “monumentality"; the fact that one cannot really tell just by looking at it whether it is 8” tall or 18” tall. Dr. Wade’s brief written essay of authentication, dating and analysis of the jar is reproduced below in its entirety and the signed original copy of this essay on Dr. Wade’s personal letterhead will be included along with the purchase of the jar.

The jar measures 6 1/2” in height and it is 7 3/4” in diameter. As one can clearly see, the piece has several old stable repairs which have aged nicely with the jar. This is a piece which one might very well choose not to restore at all as the repaired cracks do not really interfere with the visual enjoyment of the piece in our opinions but of course it could be easily restored at around a $500-600 cost we would guess-timate. If you purchase this piece and decide that you would like to have it restored, we can take the jar to our longtime professional pottery restorer in Albuquerque and pick it up when it was finished and ship it to you. We would email you a separate PayPal invoice for the restoration work when it was done. Of course, if you prefer to not have it restored or have your own restorer do the work we would ship it to you “as-is.”

in history. As such, it would be a significant addition to any collection, anywhere. 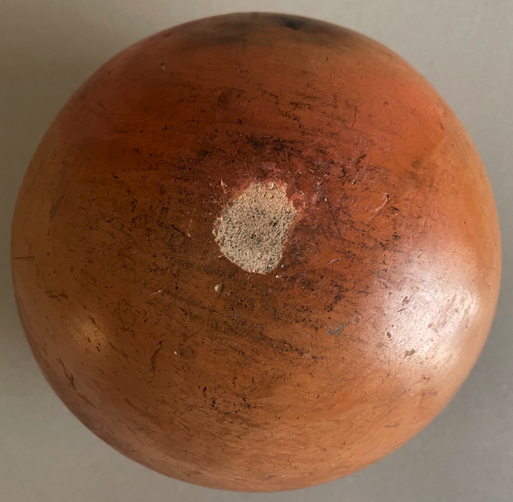 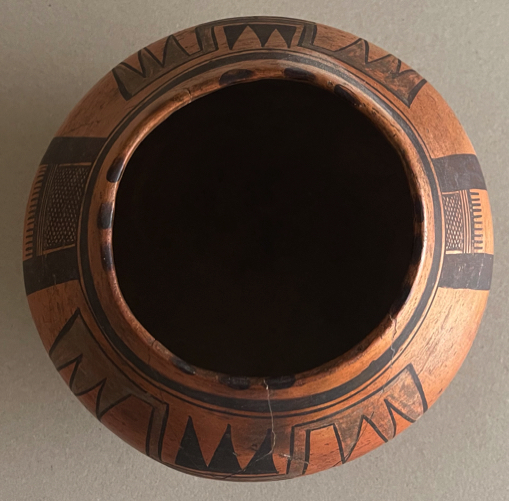 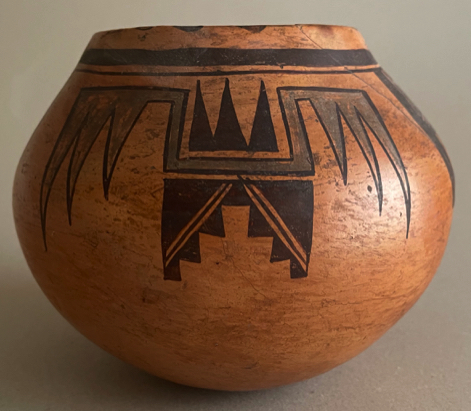