In the case of this chalice, Dillingham employed some unique and innovative methods in the construction, glazing and firing of the vessel; He intentionally kept his clay coils somewhat un-smoothed here and thus somewhat visible in the finished vessel, an artistic emphasis on the organic human process of building it and he also mixed glaze colors, combining fully glazed, partially glazed and unglazed areas on the vessel to a very nice aesthetic effect. The mixture and subtle interplay of the rich brown, cream and beige colors Dillingham used are extremely pleasing and harmonious and the finished vessel dramatically displays the beauty and expressiveness of the clay, the glaze and all the intense power, heat and alchemy of the fire which transforms them.

The chalice measures 10 1/4” in height and it is slightly under 4” in width at the widest point. It is in excellent original condition. The chalice is properly signed “Dillingham” in the artist’s customary incised cursive signature on the bottom. This is an exceptional work of art (And notably, also an intentionally and completely functional and stylish drinking vessel.) by a talented artist near the beginning of his all-too-brief career. Tragically, Rick Dillingham died at only 41 years of age. He was in his late 20’s when he created this piece and it naturally leads one to wonder how many other beautiful things he might have created had he lived longer.

A lovely, tall pottery chalice by

JAMES RICHARD “RICK” DILLINGHAM (1952-1994) was one of the most accomplished and unique pottery artists in Southwestern history. Born just outside Chicago, Rick moved to Albuquerque to study art and anthropology at The University of New Mexico where he immediately became engrossed in the history, tradition and techniques of Pueblo pottery-making. Working at the University’s famed Maxwell Museum of Anthropology, he studied everything from ancient Mimbres picture bowls to the pottery of the families of the great Pueblo pottery Matriarchs, Nampeyo of Hano, Maria Martinez, Margaret Tafoya and others and in the course of his work there as a pottery restorer, he repaired and re-assembled countless pottery vessels, experience he would later employ to great artistic effect.

Dillingham also researched and wrote significantly about Pueblo pottery in several volumes beginning with the seminal Maxwell Museum exhibition catalog “Seven Families of Pueblo Pottery”, University of New Mexico Press, Albuquerque, 1974. Later, he spent years as a well-respected pottery dealer in Santa Fe where he delighted in passing on his intimate knowledge to his colleagues, clients, friends and fellow potters among whom he was a highly-esteemed artist, friend and tireless promoter. He formed lasting friendships with many Pueblo potters, among them Maria and Julian Martinez, Margaret Tafoya, Dextra Quotskuyva Nampeyo, Lucy Lewis, Virginia Ebelacker and Dora Tse Pe. Interestingly, this particular pottery chalice was originally given by Rick Dillingham as a personal gift to Dora Tse-pe of San Ildefonso Pueblo around 1979-80 as part of a set of six. Over the years, the other five chalices in the set were either broken or lost and this last piece was recently sold by Dora to a personal friend from whom we were able to acquire it.

Dillingham’s personal ceramic work combined age-old Native American methods and ancient Japanese Raku pottery techniques with his own fertile imagination to create a unique, highly-original and daringly modern body of distinctive, deeply personal work. There is an energy, freshness and dynamism immediately evident in them, a certain air of familiarity perhaps, but also the distinct sense that that you’ve never seen anything like this before, that new ground is being broken here. As he himself explained, as a non-Pueblo person, he was largely unbound by the creative constraints that generations of tradition and custom impose upon most Pueblo potters. Pueblo societies are inherently conservative in nature and change when it happens, occurs only incrementally and slowly over time. 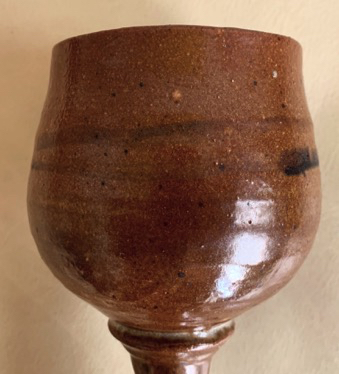 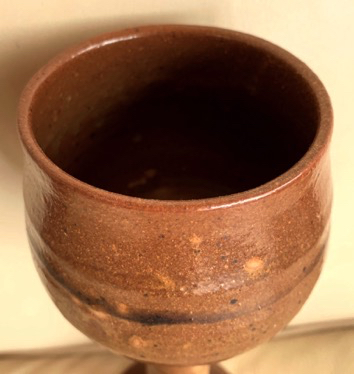 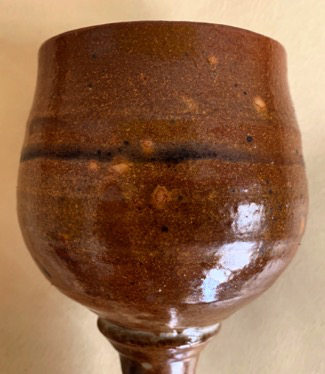 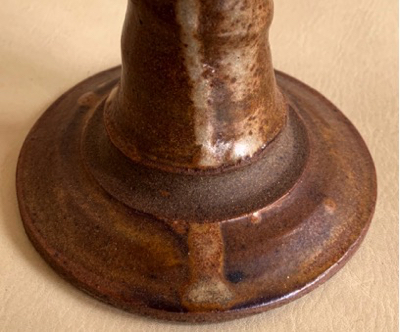 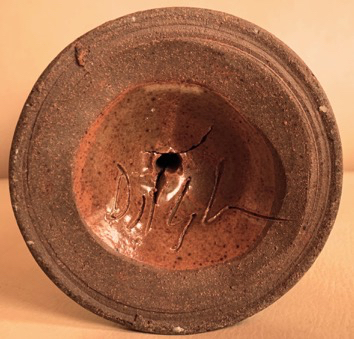 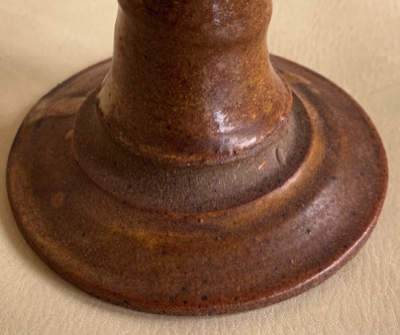 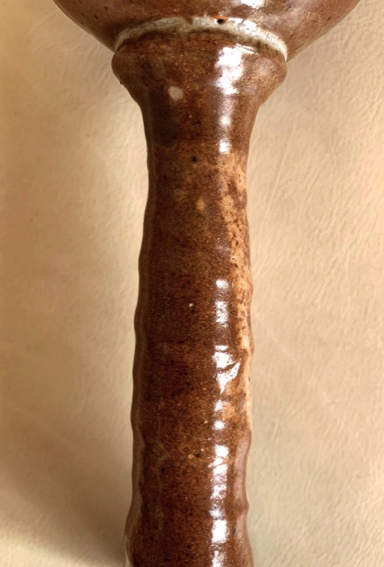 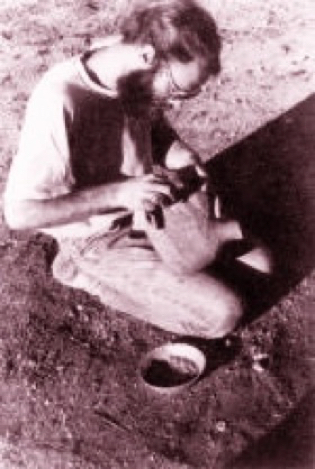