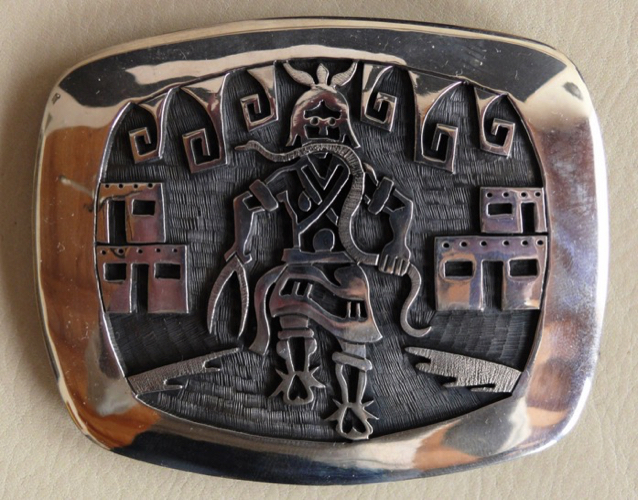 belt buckle with an image of a Hopi Snake Dancer

Co-operative SilverCrafts Guild along with his good friend and close neighbor, Fred Kabotie, and was one of the all-time greatest, historic Hopi jewelers. This buckle, beautifully designed and masterfully crafted in traditional Hopi silver overlay technique, is a testament to Mansfield’s considerable talents. Only a very few Hopi silversmiths such as Michael Kabotie and Victor Coochwytewa have ever achieved the level of artistic brilliance and technical proficiency in silver overlay that this piece demonstrates. The buckle features a splendid and highly-detailed depiction of a Hopi Snake Dancer dancing in a Hopi village. It measures 3” in width and 2 3/8” in height and it weighs a substantial 66 grams or 2 3/8 ounces. The buckle can accommodate up to a 1 3/4” width belt. It is in extraordinary, basically near-new original condition and it is properly marked “VM” on the back.

We knew Vernon Mansfield quite well for a number of years in the 1990’s, after he had stopped silversmithing and become an excellent Kachina doll carver.  Vernon was a quiet, modest and self-effacing Hopi man who was far more concerned with fulfilling his traditional Hopi lifestyle and his many demanding religious duties—among them being Chief of the important Niman Kachina Ceremony in his home village of Shungopavi on Second Mesa—than in promoting and furthering his own artistic career, which is the primary reason why he is not anywhere near as well-known an artist today as his considerable talents would normally merit. Vernon’s three sons, Vernon Jr., Verden and Ben have all followed in his footsteps to become successful Hopi silversmiths.

This buckle is a beautiful artistic gem from a person who was both a marvelous,

accomplished artist and a fine and admirable man. 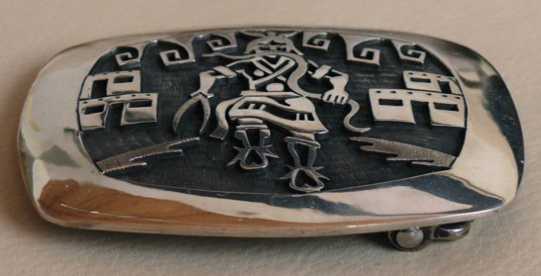 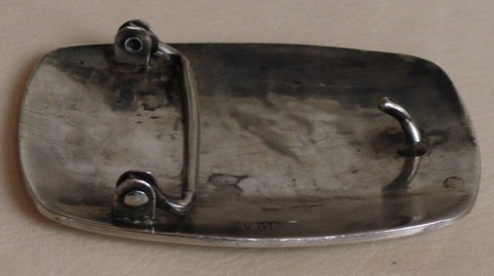 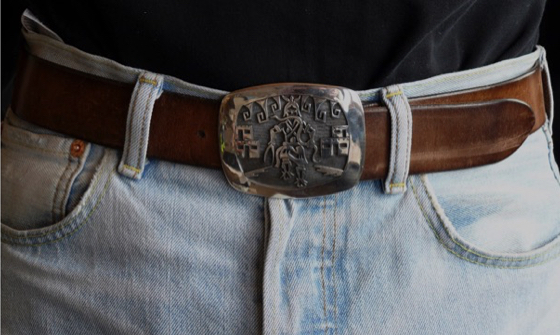 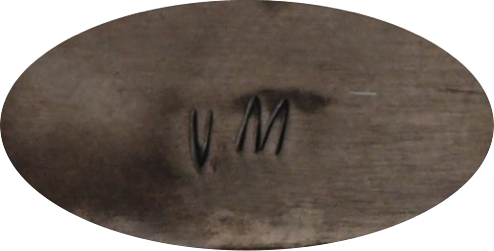 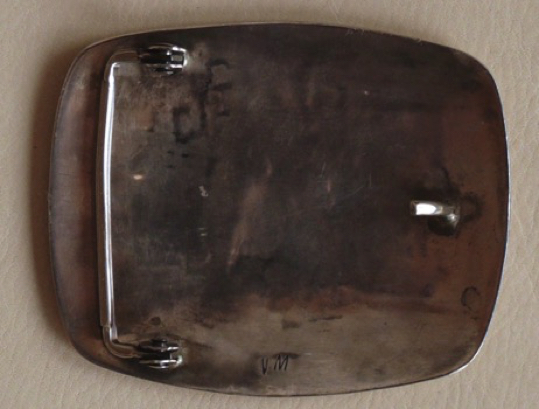 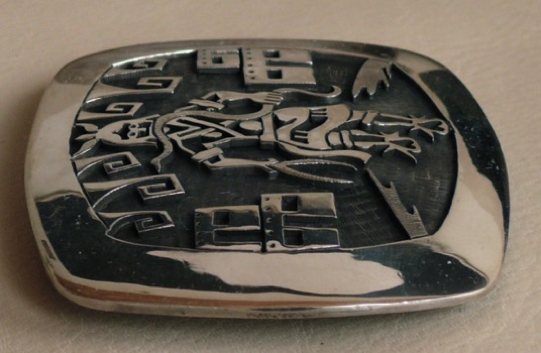