We are always struck by the extraordinary beauty and presence of these really “big girls” on the increasingly rare occasions when we are privileged enough to come across one. In our view, they are one of the loveliest and certainly most significant forms of historic pottery ever created in the Pueblo Southwest. In a land where the ability to find, carry and store water equals pure basic survival the importance of such ceramics to the maintenance of a desert civilization cannot be overstated. As you see here, Hopi women typically carried these canteens on their backs using the age-old system of tumplines to hold across their foreheads and steady with their hands. We are talking about a three or four pound pottery canteen with maybe 24 pounds (3 gallons) of water in it being hauled up an extremely steep rocky mesa for several hundreds of feet. The lesson here? Don’t mess with a Hopi lady!

This is only the fourth such large Hopi plainware pottery canteen that we have ever had in over 35 years of buying and selling historic Pueblo pottery and while they have all been great examples, this one is perhaps just a tiny bit greater for a number of reasons. First of these, is the exceptional quality of the pottery making on this piece, the canteen is most beautifully-formed with thin, symmetrical high-fired walls, finely-carinated lugs and a graceful spout. Next, is its wonderful, large size and deep bulbous shape which, of course, can be likened to that of a woman’s breast with all its life-giving, nourishing associations. Finally, is the canteen’s excellent surface patination which only comes from many decades of dedicated use and wear and its several beautiful fire clouds. 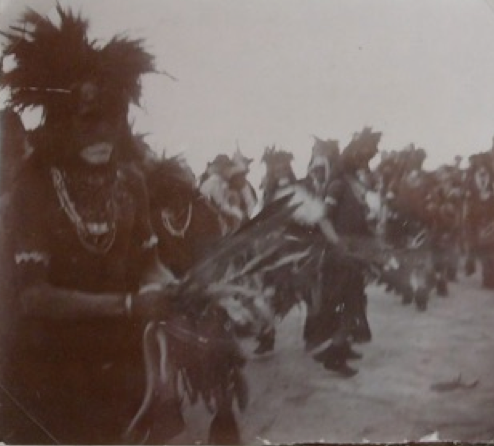 A historic photograph of The Hopi Snake Dance at Walpi Village on First Mesa,

Unidentified Hopi woman hauling water from the spring in a large pottery canteen up the steep escarpment of Third Mesa to Hotevilla Village.

A historic photograph of a  group of pottery “snake” canteens in a Hopi village. The many people in attendance suggests that a dance might be occurring. Snakes might possibly have been carried in these canteens to the kiva for the event.

The canteen measures a very sizeable 14” in width measured across its face from lug to lug. It is 15” in height and 13” in depth. It is in excellent original condition especially in consideration of its significant age and its long and frequent utilitarian use. There are no cracks, no significant chips and a thorough examination under Ultraviolet light reveals no evidence of restoration at all. There are very old native Pinyon pine tree pitch reinforcements/repair to worn areas on both of the canteen’s lugs. In our opinion, rather than detract these sorts of historic Native repairs add significantly to the patina and overall desirability of such a vessel. They speak to and completely underscore the vast importance of such vessels to historic village life and the desire and need to cherish and continue to use them as long as possible and in our view they contribute importantly to the beauty and desirability of the vessel as an authentic and historic manifestation of Hopi material culture and ceramic art.

These canteens are difficult to date within narrow time frames, as they are such traditional utilitarian forms that have stayed essentially unchanged for many decades or centuries. The distinguished historic Hopi pottery scholar Edwin L. Wade Ph.D. has described it thusly:

“The sculptural form of the modern Hopi canteen evolved from a shape introduced in the 16th century by Sikyatki potters. Prior to that time, canteens were either globular or conical, possessing lug or looped handles, and were oriented on a vertical axis. In other words, they sat upright. The Sikyatki innovation was to situate the canteen on its back, or its horizontal axis, constrict the vessel’s neck into a diminutive spout, and tilt that spout forwards.”

of the 19th Century (1880-90). A very safe guess here would be 1860-1880. All of which brings us to the prosaic euphemistic nicknames of such large Hopi plainware canteens which are colloquially referred to as being “Snake” canteens. The reason for this colorful characterization is that there is some documentary evidence to suggest that the rattlesnakes used in The Hopi Snake Dance might have sometimes been briefly stored and transported in these large canteens. It certainly makes sense, there is only one way in and one way out of such a vessel and that opening is very easily plugged up to keep the snake A. from escaping and B. from biting you.

If you’ve ever been interested in acquiring one of these marvelous and historic canteens, think very carefully

you see another one of this quality and that one will most likely be in a museum. 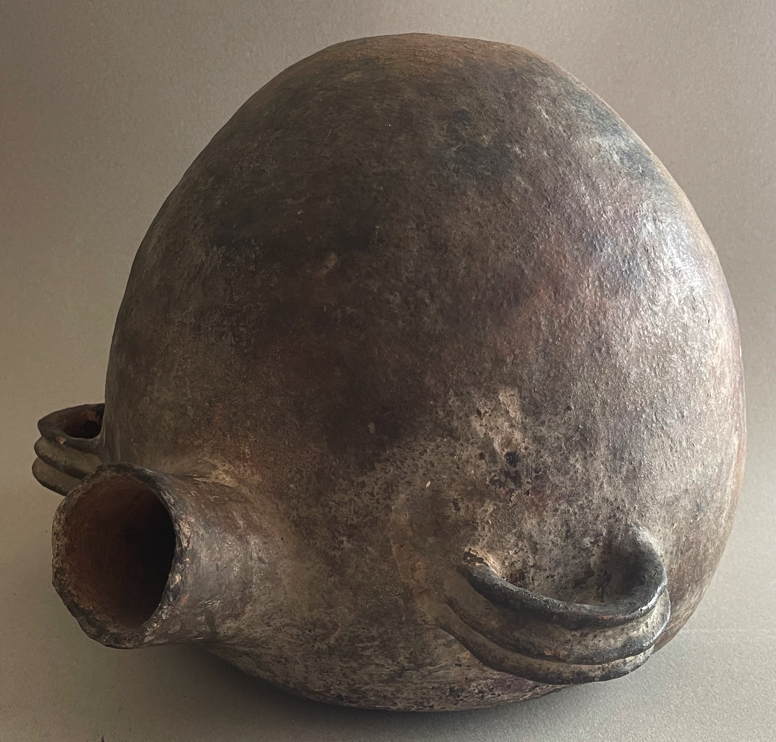 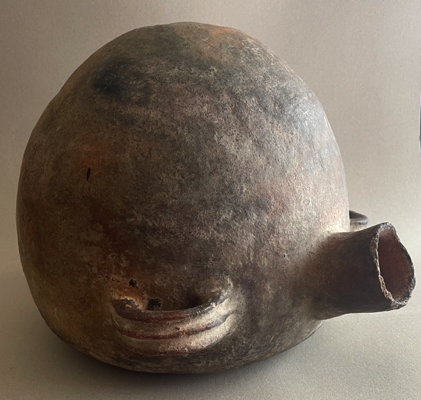 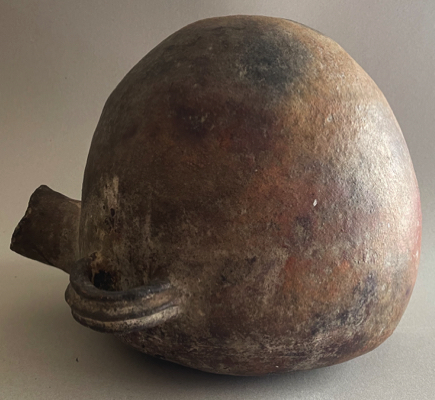 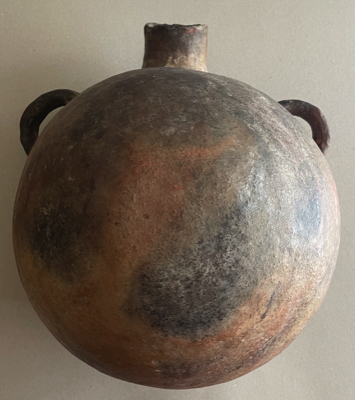 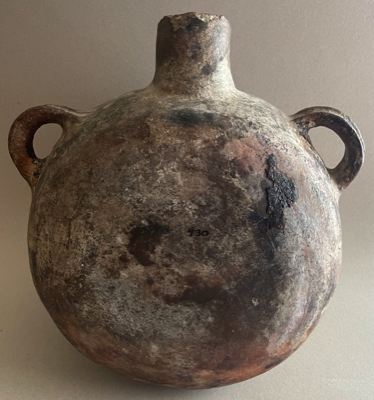 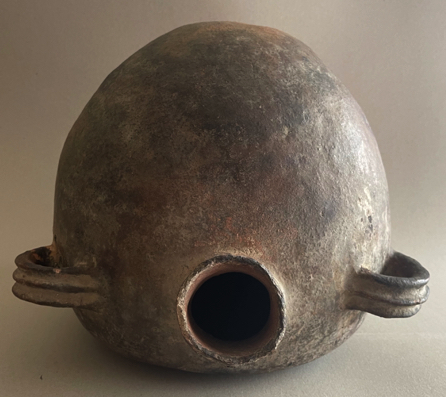 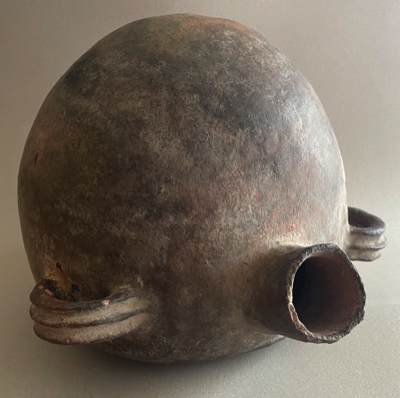 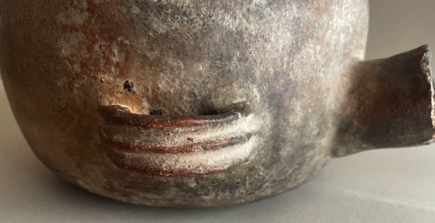 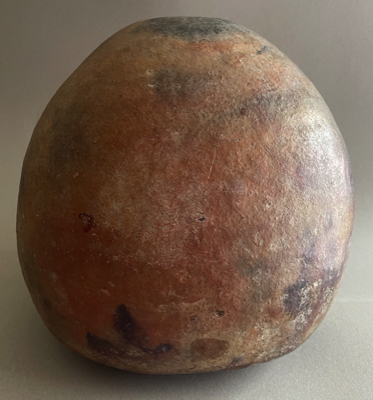 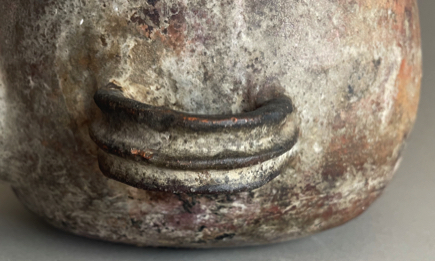 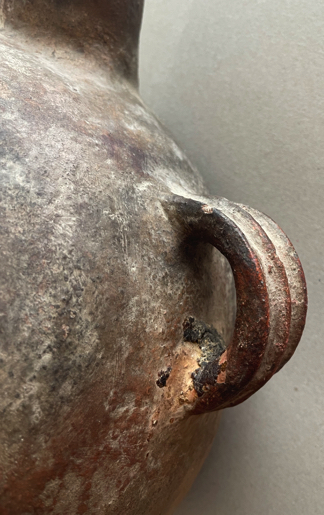 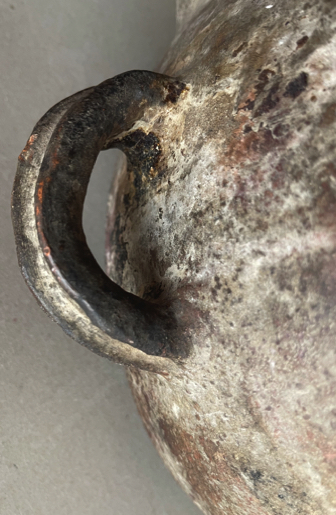 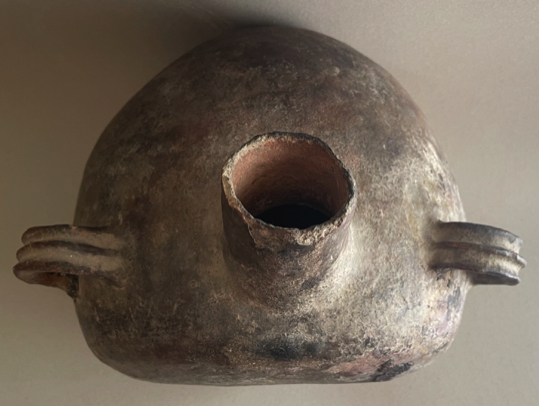 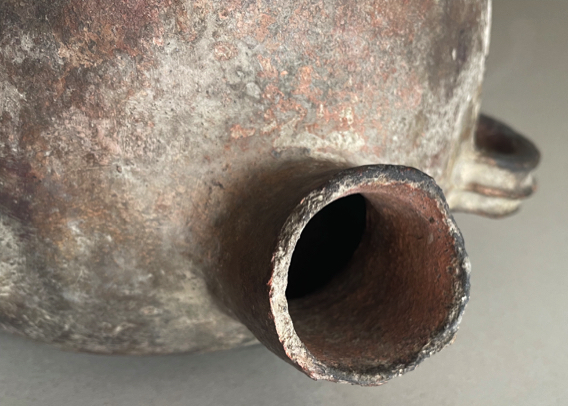 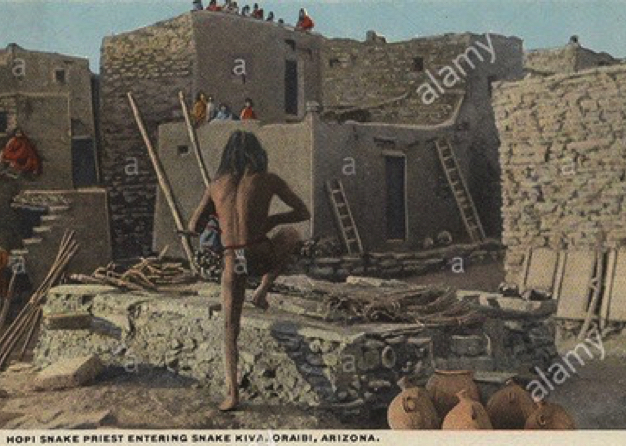